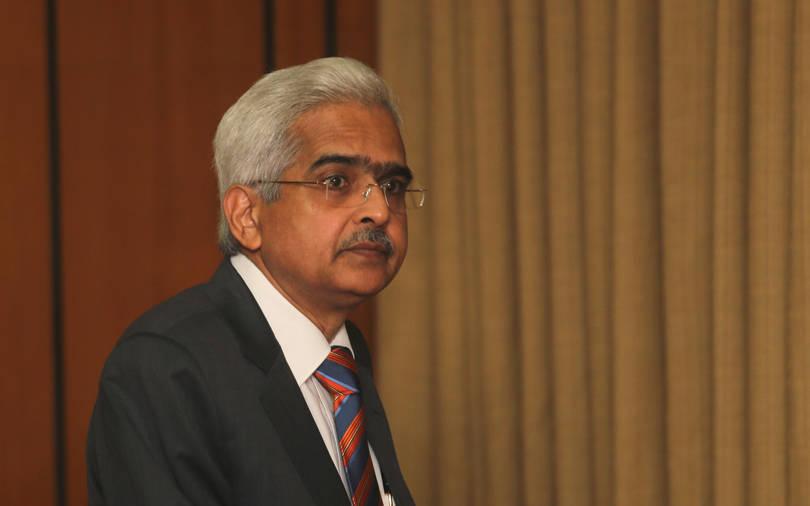 Seasoned bureaucrat Shaktikanta Das has been appointed as the new governor of the Reserve Bank of India, a day after Urjit Patel announced that he was leaving the post with immediate effect.

Das has been given a term of three years, the central government said in a statement on Tuesday evening.

Patel’s resignation, which he handed in ahead of a central bank meeting on Friday, followed weeks of friction with the government over the RBI's autonomy. He cited 'personal reasons' for his departure.

Das, 61, is a former finance secretary, economic affairs secretary and currently a member of the federal finance commission, and one of India's serving G20 representatives. He was widely perceived to be a contender for the top job at the RBI after the exit of former governor Raghuram Rajan in 2016.

He previously served on the central bank's board. Das came under fire for his pro-demonetisation stance and he was the most visible and vocal bureaucrat at the time Modi withdrew the high-value bank notes in 2016. He had held the post of economic affairs secretary between 2015 and 2017.

Last year, Das criticised the methodology of global rating agencies and sought a sovereign rating upgrade. He has worked extensively in the budget division under both Modi's government and the previous coalition led by the Congress, where he served as joint secretary under former finance minister P Chidambaram.

While in the finance ministry, he was involved in drafting the country's Insolvency and Bankruptcy code aimed at protecting small investors.

Das is a career Indian Administrative Service (IAS) officer of the 1980 batch, belonging to the Tamil Nadu cadre. He is the first bureaucrat since YV Reddy, and after him D Subbarao, to be appointed as head of the central bank.

Both his predecessors, Raghuram Rajan and Patel, were from outside the bureaucracy.

"Bonds and rupee markets should react positively following this news," said Ashish Vaidya, executive director and head of trading at DBS Bank in Mumbai. "He is a bureaucrat and will help in improving the RBI-government relationship. We expect the RBI to take a pragmatic approach under him, be pro-growth and change its stance going ahead, given that inflation has come off sharply."

The markets initially plunged in reaction to Patel's resignation announcement, after markets closed on Monday, which shocked many investors.

Indian bonds and stocks rebounded after early falls on Tuesday to end stronger while the rupee recovered from the day's low as state election results were not as poor for the ruling party as some expected.

"Patel's resignation bodes poorly for macroeconomic and financial stability in India," Fitch Solutions Macro Research, a unit of Fitch Group, said in a note on Tuesday.

Former RBI governor SS Mundra said it was important for there not to be a void.
“With that perspective I think Das is a good and balanced choice. I believe he can engage with all the stakeholders because to my mind, many of the current issues and situations have come up also because of a large gap in communication, which I am sure with his experience and past engagement would be able to fill in,” said Mundra.

Weeks of fighting
Patel’s decision to quit came in the backdrop of the Prime Minister Narendra Modi-led government putting pressure on the RBI to ease its regulatory curbs on some banks, increase liquidity and relax capital norms as it faces a slowing economy ahead of general elections due by May.

The rift between the two had widened after RBI deputy governor Viral Acharya, in a speech on October 26, warned that undermining central bank independence could be "potentially catastrophic".

A marathon RBI board meeting in November avoided any direct confrontation on the question of the central bank’s autonomy. At the heart of the matter is Section 7 of the RBI Act, which effectively allows the central government to dictate terms to the central bank, but has never been invoked till date.

Following speculation that Acharya would also step down, the RBI clarified that he has not resigned, reported television channel CNBC TV18.

After Acharya’s speech in October, economic affairs secretary Subhash Garg had said that he was “disappointed” by the deputy governor’s words, and that Acharya’s remarks created a “false sense” that “something is wrong".

The administration has stacked the RBI's 18-member board with its own nominees, in what critics say is a move to exert greater control over the central bank's regulatory powers.

There was speculation a month ago that Patel might quit over the government pressure, but the rumours eased after the government and central bank reached an uneasy truce ahead of the RBI board meeting last month.

Autonomy was just one of several issues that pitted Patel against the government. In fact, not only had he been firefighting loan defaulters, he had also had several run-ins with the government on the issue of interest rates.

Under Patel, the RBI, led by a six-member Monetary Policy Committee, raised interest rates twice this year as it sought to counter inflation amid rising global crude prices and a depreciating rupee.

At least 12 banks — including 11 state-owned ones — attracted Patel’s wrath, as the central bank not only imposed lending curbs but also restricted them from expanding their networks and distributing dividends to shareholders.

Even as he fought to keep the RBI autonomous, Patel also sought to keep the government’s hands off the central bank’s surpluses, after the finance ministry reportedly demanded a greater share of its profits.

And although Patel did not object to the government’s move to demonetise high-value currency notes on 8 November, 2016, much to the chagrin of several leading economists, the RBI under him took an activist stance on various issues and oversaw the exit of several high-profile bankers including ICICI Bank’s Chanda Kochhar, Axis Bank’s Shikha Sharma and Yes Bank’s Rana Kapoor.

(With inputs from Reuters)