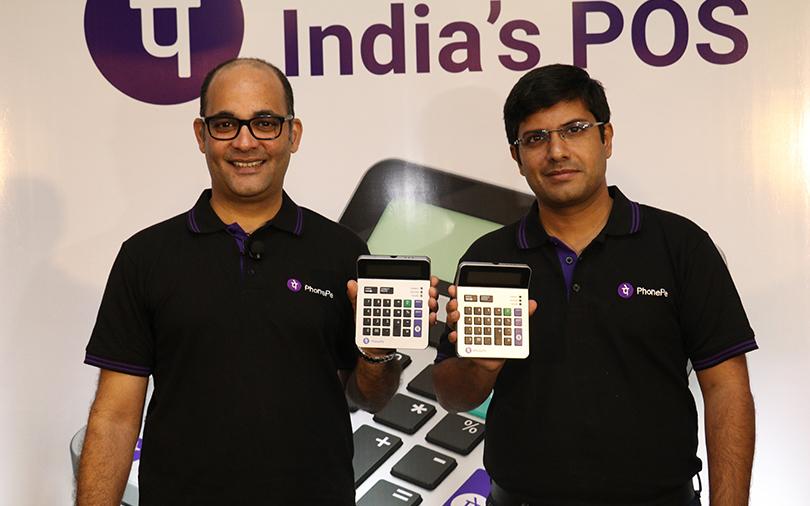 The indigenously-developed POS device will be piloted across Bengaluru. To begin with, the company will distribute 5,000 devices, and then devise a rollout strategy based on the response from the merchants following a test run over the next two to three months, Sameer Nigam, co-founder and CEO of PhonePe, said in a media note.

“Most payment solutions today do not address the basic problems. Merchants need a durable, cheap and simple device that is technology-light and comfortable to use,” he added.

Nigam said that India had about 50 million small shops and kirana stores, besides the POS device will also work for bigger merchants. “The last-mile delivery personnel of Flipkart’s logistics arm, eKart, will also be part of the pilot.”

The handheld device, which resembles a calculator with a few additional buttons, can be connected remotely to a mobile phone and the transaction can be initiated using an app. The device provides a ‘scan and pay’ option, as well as the Unified Payments Interface-based PhonePe platform to make payments even from third-party wallets, credit and debit cards.

Once the payment goes through successfully, a confirmation message will pop on the screen. The money goes directly into the bank account of the merchant.

The device, which was developed by the PhonePe team at its Bangalore office, costs $10. According to Nigam, sporadic data connectivity across India had also been factored in, while the device was being designed. However, it will be provided free to merchants against a nominal security deposit.

“It does not require an internet connection and runs on a regular battery. The use of bluetooth as the underlying technology makes the protocol used for the transaction robust and widely compatible. The solution provides several layers of security to ensure safe transactions,” Rahul Chari, co-founder and CTO of PhonePe, said in a statement.

According to Phone Pe, the new solution is a better alternative to the QR code system, which has been a cause for concern for technically-challenged merchants. The company hopes that the product will become the preferred mode of transaction for offline stores.

PhonePe had received a $500-million investment commitment from its parent Flipkart earlier this month, underscoring its importance. The funding will be used to scale up its technology platform, besides expanding its merchant network and consumer base. The company has set a target of 25 billion digital transactions by next year.

For the e-commerce major, PhonePe is crucial with its integrated and seamless payments solution. Industry experts, however, believe that wallets will continue to remain a significant part of Flipkart, Amazon and Paytm’s strategy to acquire and retain consumers.

Chari had earlier told VCCircle that it was clocking 10 million transactions every month and hoped to double it soon. It was also working on the launch of a another payments solution with UPI 2.0, which will have the ability to create e-mandates, or standing instructions, besides foraying into wealth management as well as in cross-selling and up-selling of financial products.