Flipkart has not just shuffled its top management with some new hires but has also formed a new tier II management team directly under the co-founders Sachin Bansal and Binny Bansal. The new group includes some of the men who had joined the venture in its early days but some others who were manning the operations have been pushed down the order, it is learnt.

The previous senior management biggies like Vaibhav Gupta (VP of Products) and Ravi Vora (former head of marketing) now report to one of the these six men under the Bansals. Then, of course, there is Sujeet Kumar, former head of operations, who is now a part owner of WS Retail, the key vendor on Flipkart and not directly involved with Flipkart.

Sources in the company said the new structure is also in keeping with the entry of Mukesh Bansal into the fold with the acquisition of Myntra.

Mukesh Bansal (not related to Flipkart co-founders) now has a larger command and say in the daily operations of the overall business.

Flipkart has also roped in consulting firm PWC to help out with its organisational structure. There are rumours that it will add 30 VPs in the company. Being the largest e-commerce player in India the company is hiring senior people to streamline all its processes.

When contacted, Flipkart spokesperson confirmed these are the only six men who report directly to the co-founders, who jointly run the company. 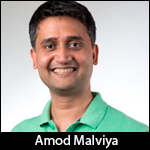 Flipkart is placing emphasis on Amod Malviya, CTO, because his team is tasked with building a powerful data engine that could track consumer behaviour and also build scalable architecture to avoid the power up problems that the site witnessed during the ‘big billion day’ sale. 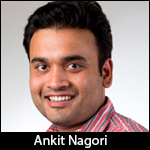 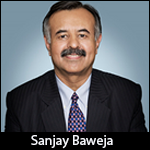 Then there is Sanjay Baweja who is currently the Chief Financial Officer (CFO) at Flipkart. He is the latest to join in the company, coming in from Tata Communications. He has been tasked with defining the strategic roadmap for profitable revenue growth for India’s largest marketplace. 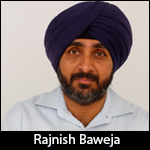 Other senior vice presidents are Rajnish Baweja and Mekin Maheshwari. Rajnish who joined Flipkart as finance controller early this year took on the role of senior veep (finance) within just three months is known to be managing the company's compliances after the $1 billion it raised recently. 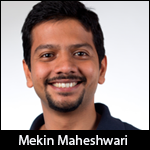 Mekin, meanwhile, has held various key positions at Flipkart over the past four years. As president (technology) he was responsible for overseeing the company’s technological operations in the earlier days. These included innovation and application of technology in areas starting from supply chain to website management as well as building up the engineering team at Flipkart.

Post this he was responsible for building the payment and digital media team in the company - leading all of business, technology, product and operations of these two businesses. Currently he is the head of HR and also a key contributor to the overall leadership and strategy for Flipkart. 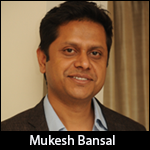 Click here on our previous report on the men who ran Flipkart before it broke out big time.