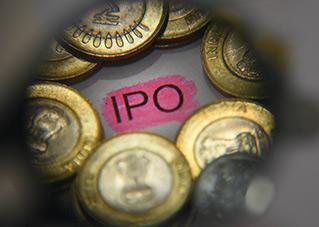 The IPO comprises an offer for sale (OFS) by the drug company’s private equity backer ChrysCapital and some of the founding shareholders.

ChrysCapital invested an undisclosed amount in the company in 2007 .

The shareholders will sell a total of 28.87 million shares in Eris Lifesciences, as per the draft prospectus.

The issue size is estimated to be around Rs 2,000 crore, as per previous media reports.

This will value Eris Lifesciences at Rs 10,000 crore.

Eris Lifesciences is the first pharmaceutical company to file its draft papers this year. The last pharmaceutical firm to go public was Warburg Pincus-backed Laurus Labs in November 2016. Before that, Alkem Laboratories went public in January 2016.

In the broader healthcare space, Shalby Hospitals is also seeking to file its draft papers.

Other healthcare chains that have listed in recent times include Narayana Healthcare, Thyrocare Technologies and HealthCare Global Enterprises.

Snapshot of the IPO

The IPO comprises 28.87 million shares through an offer for sale by ChrysCap and promoters. This represents 21% stake dilution.

ChrysCapital’s investment arm Botticelli, which holds 22.34 million shares in Eris Lifesciences, is selling its entire 16.25% stake through the IPO.

ChrysCap will exit the firm and would get around there-fourths of the issue proceeds.

The pharma firm’s founder Amit Bakshi holds 39.97% stake in the firm, and will be selling approximately half a percent stake in the entity. Other selling shareholders include Rakesh Shah, Rajendra Patel, Kausal Shah and Inderjeet Negi.

Axis Capital, Citibank and Credit Suisse are the bankers to the issue. Link Intime is the registrar to the issue.

Eris Lifesciences was founded in 2007 by Amit Bakshi. It manufacturers and markets branded generics within the chronic and acute categories, according to its website.

Eris Lifesciences reported a consolidated net profit of Rs 129 crore on revenues (operations) of Rs 370 crore for the six months ended 30 September 2016, according to the prospectus.