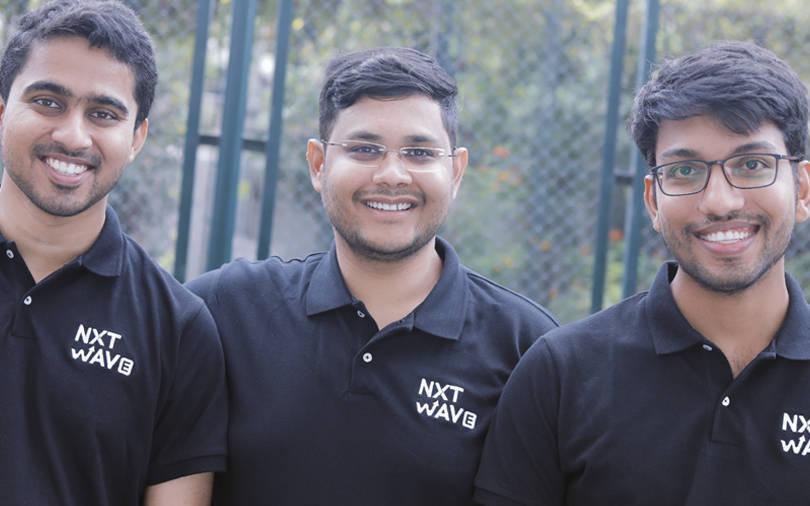 Hyderabad-based EdTech startup NxtWave has raised $2.8 million pre-Series A funding led by Orios Venture Partners and Better Capital. Launched amidst the pandemic in September 2020, NxtWave is bootstrapped, cash-flow positive and has profitably grown by 9X in the last 10 months to $7.5 million ARR, the company said in a statement.

The startup plans to deploy fresh capital for expanding its team, accelerate product development and penetrate further into existing markets to scale the revenue by 5X in the next 12 months.

Founded by IIT Bombay, IIT Kharagpur and IIIT Hyderabad alumni – Sashank Reddy Gujjula, Anupam Pedarla and Rahul Attuluri, NxtWave is on a mission to build India’s largest online employability university for 4.0 tech careers without the need for a conventional college degree. The startup aims to produce one million new-age developers every year, the statement said.

Presently, the startup offers vernacular, asynchronous and online cohort-based training programmes in Industry 4.0 Tech career tracks for college students, graduates and early professionals. In the last 6 months, 250+ companies have hired NxtWave graduates including the likes of Google, Jio, among others the statement said.

NxtWave has built an active student community of 200,000+ students from over 3,000 colleges and currently has paid customers from 250+ districts with more than 85% of them coming from non-metros and rural areas.

Speaking about the development, Rahul Attuluri, CEO NxtWave, says “We believe that the Digital Pedagogy must be radically different for small-town India to create transformative learning experiences. To achieve this, we have adopted a multi-pronged approach in designing our Continuous Career Building Programs leveraging technology, pedagogy and vernacular content.”

Speaking about the development Anup Jain, Managing Partner, Orios Venture Partners said “Every year, India sees over 10million engineering students graduate from small- town India’s numerous engineering colleges. Their skills are widening vs the demands of the industry due to outpacing of the curriculum and constraints around pedagogy. These students are more comfortable in a mix of vernacular and English and can scale to achieving similar heights as their large city counterparts with the right platform. This opportunity is valued at $8bn annually and growing. We are thrilled to join Nxtwave in its journey to address this gap and help them achieve their large vision.”

“NxtWave’s vernacular & semi-synchronous format is a brilliant innovation that plugs a massive gap for Bharat students and early professionals and creates an on-ramp for them into the fast-growing tech ecosystem - and in a way that was never done before”, said Vaibhav Domkundwar of Better Capital, an early backer of breakout edtech companies like Teachmint, Skill Lync, Filo & others.