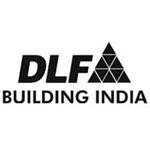 DLF, the largest realtor according to market capitalisation, has finally managed to sell off its hotel land parcels to a consortium of developers from Kolkata for Rs 567 crore (approx. $103 million). The consortium, including Avani Projects and Square Four Housing & Infrastructure Pvt Ltd, had been in talks with DLF since December last year to acquire the land parcels totalling 17 acre and spread across four cities.

DLF today announced to the bourses that the company’s wholly owned subsidiary, DLF Hotel Holdings Ltd, divested its entire shareholding in Adone Hotels and Hospitality Ltd (the company which holds the land parcels) for Rs 567 crore. Accordingly, Adone and its wholly-owned subsidiary, Marala Real Estate Pvt Ltd, ceased to be subsidiaries of DLF.

According to the company, the sale was done in line with DLF’s stated objective of divesting its non‐strategic assets. Adone holds land parcels in Kolkata, Chennai, Mysore and Thiruvananthapuram for hotel developments, along with other assets. The total land holding across these four parcels amounts to 17.14 acres (Kolkata – 6 acres, Chennai – 6.6 acres, Mysore – 2.4 acres and Thiruvananthapuram – 2.14 acres). DLF Hotel Holdings was started as a joint venture with the leading hospitality chain Hilton International. But in December 2011, DLF had bought out its foreign partner’s 26 per cent stake.

DLF was looking to build a luxury hotel and retail venture at E.M. Bypass, the upcoming hub of Kolkata’s real estate market, where the market price is around Rs 4500 per sq. ft. – translating an acre’s acquisition cost at Rs 55-60 crore.

The local players from Kolkata will develop a hotel and service apartments on the land it has acquired from the debt-laden developer.

Ashiesh Agarwal, a research analyst with Edelweiss Securities, wrote in his notes to the client, “Taking the reported deal at face value, valuation works out to be Rs 33.1 crore per acre, which is extremely high considering that all the land parcels are in tier II and tier III cities. Hence, we do not rule out the presence of significant cash sitting in the subsidiary, and await clarity on DLF Hotels & Hospitality’s balance sheet.”

Mayank Saxena, managing director (Kolkata) of Jones Lang LaSalle India, said, “The local developers are coming in and they are changing the product mix according to the viability of the product.”

DLF stock closed at Rs 197.55 a share, up 2.20 per cent on the BSE. Although its shares have been inching upwards, the key pointer still happens to be debt reduction through major asset sales. These include Aman Resorts, which DLF had acquired for a whopping $400 million in 2007 and the Bombay Mills property located in Lower Parel which it had acquired for Rs 702 crore in 2007 in an aggressive bidding from National textile Mills Corporation (NTC). The company is also trying to sell off its windmill asset, which was once put on block in 2008. The wind mill asset provides tax concessions to the developers. DLF is looking to generate close to Rs 5,000 crore in the medium term from these assets but transactions are happening at snail’s pace.