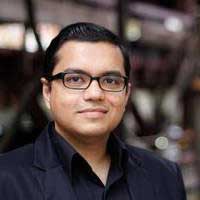 The funding will be used to grow the product engineering and sales teams, across both its locations, it added.

The Quintype platform is a SaaS service for running a digital media business, including content creation and distribution, audience development and monetisation.

This SaaS offering, the company claims, lets media organisations reduce technology costs, while at the same time, leveraging big data and predictive analytics to increase revenue and profits. Quintype partners with publishers by making money through a revenue-share model.

Amit Rathore, who founded Quintype last year and serves as its CEO, said: “At Quintype, our goal is to make it just as easy to start a non-trivial media operation, as it is to start a blog. So, if you want to start a new online magazine, or a news site or app, or any other high-velocity content property, you’ll be able to do it in minutes.”

For Bahl, who led the investment round, this comes as a back-to-back investment. Early this month, Delhi-based YKA Media Pvt Ltd, which owns online news and views platform Youth Ki Awaaz, secured Rs 4 crore ($600,000) in an angel round of funding from Quintillion Media, a cross-platform digital content venture co-founded by former Network18 promoters Bahl and his wife Ritu Kapur.

Quintillion Media also operates the digital content platform, ‘The Quint’. This property, launched earlier this year, is on the Quintype platform.