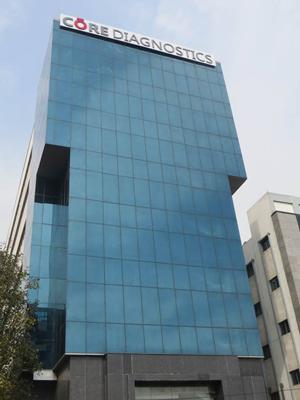 Existing investor Artiman Ventures also participated in this funding round, the company said in a statement.

The company said it will use the funds to introduce multiple new advanced tests for oncology as well as for other segments such as infectious diseases and gynaecology.

VCCircle had first reported in March that Core Diagnostics was in the process of raising Series B funding and that Artiman Ventures would participate in it.

Core Diagnostics was founded in 2012. It offers about 1,000 tests, which it developed in-house and in collaboration with international partners, with a strong focus on the growing oncology disease segment.

It had received $5 million from Artiman Ventures in 2013 following the company's acquisition of US-based startup OncoMDx in a stock-swap deal. Artiman Ventures put in $4 million more into the company in tranches over the years to ramp up its infrastructure, add equipment and for expansion in India and overseas.

Zoya Brar, founder of Core Diagnostics, said the next phase of growth will be marked with geographical expansion as well as addition of new clinical areas, enabled by cutting-edge technology.

The high-end diagnostics segment is at a nascent stage in India but it has been attracting private investments in the past few years.

In January, VCCircle reported that iGenetic Diagnostics Pvt Ltd, a healthcare diagnostics firm with a focus on specialised and differentiated tests, received Rs 7 crore in funding from angel investors and wealthy individuals.