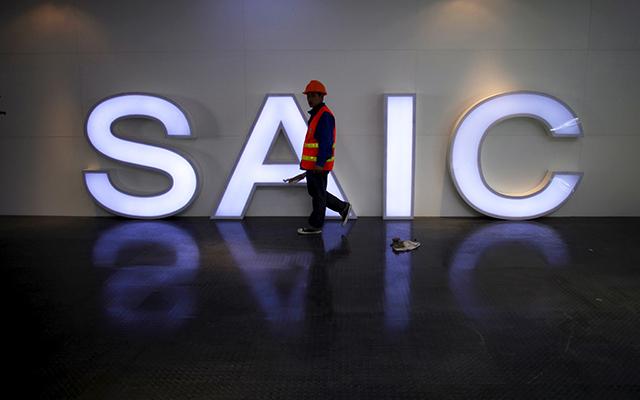 The assets, which could give the Chinese automaker a toehold in the Indian car market, will be acquired via an Indian subsidiary of SAIC that is yet to be incorporated, according to the filing with the Competition Commission of India.

As part of a side deal, General Motors also plans to buy out SAIC's 9.2 percent stake in SAIC General Motors Investment - a joint venture it formed with the Chinese automaker in 2009 to expand its presence in emerging markets like India, a separate filing showed.

GM, in an emailed response to a Reuters query following the filing, said discussions with SAIC on the sale of Halol - its plant in Gujarat - were progressing well and that the two parties were working to secure necessary approvals.

"We'll share any progress at the appropriate time," GM said.

It was not immediately clear whether the two deals are being structured as some sort of asset swap, or whether there would be payments made by both parties for the assets. A spokeswoman for SAIC declined to comment.

Sources familiar with the matter had told Reuters last April that the Chinese carmaker was in discussions to buy GM's Gujarat plant and had been evaluating car models to launch in India.

GM said in 2015 that it planned to stop production at one of its two plants in India by mid-2016 and consolidate operations at one location. The Detroit carmaker's Halol plant can manufacture up to 110,000 vehicles a year. GM also runs a plant in Talegaon in Maharashtra that has a capacity of about 170,000 vehicles a year.

Several foreign carmakers like GM, Volkswagen AG and Ford Motor have struggled to ramp up sales in India, expected to be the world's third-largest car market by 2020, and are now pushing exports from the country to utilize idle manufacturing capacity.

Sagging sales and a regulatory crackdown on diesel-powered vehicles had forced GM to redraw its plans in India.

In July, GM said it was re-evaluating a planned $1 billion investment in India and had put on hold moves to bring a new car platform to the country that would have helped it better compete against market leader Maruti Suzuki.