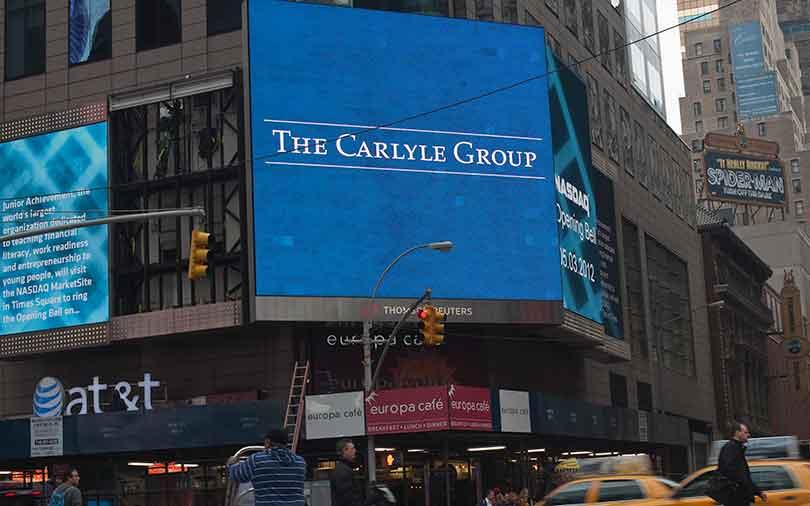 US-based private equity giant Carlyle Group, which invests in both growth and buyout deals in India out of its Asia funds, has marked the first close of its fifth Asia buyout fund at $4.5 billion, co-founder Bill Conway said during an earnings call on Tuesday.

The fund, Carlyle's largest-ever for Asia, is significantly bigger than its $3.9 billion fourth Asia buyout fund.

“With the first close of our Asia buyout fund, as well as other closings, we have already raised approximately as much money in October as we did in the entire third quarter, further demonstrating that we are well on our way to meeting our $100 billion target,” Conway said.

The firm raised over $7 billion in the July-September quarter, and has raised $18.5 billion in the year to date. Carlyle has set a fundraising target of $100 billion between 2016 and 2019.

“Our carry fund portfolio continued to generate solid returns, with appreciation of 3% in the quarter and up 19% over the past twelve months. Our global investment teams invested nearly $7 billion during the third quarter, the highest quarterly level since our IPO, into a diverse mix of new assets, and have deployed over $20 billion of capital during the past twelve months,” Conway added.

Carlyle’s Asia buyout funds make control and significant minority investments across the region including India but excluding Japan. It is raising a separate fund for Japan.

Other global funds have also been taking advantage of the fund-raising boom.

Singapore-based L Catterton is looking to raise $1.25 billion for its new Asia fund.