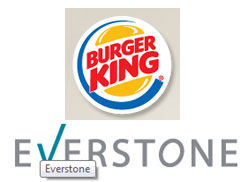 Details on the number of outlets and locations where the international fast food chain plans to set up these outlets could not be fetched. However, earlier media reports mention that the venture plans to invest $100 million to set up 500 outlets in the country over 7-10 years as a franchisee of Burger King, which will also own a minority stake.

"India is a market with huge potential for Burger King restaurants and we have the chance to offer the unique Burger King brand proposition to its consumers with our own local twist to the menu," said Elias Diaz Sese, president of Burger King  Asia Pac Pte Ltd in an official announcement.

The PE firm has signed a long-term master franchise and development deal that includes sub-franchise rights for all of India. Over the next few months, Everstone will work together with BK AsiaPac Pte Ltd to set up a supply chain in India and work on a roll-out plan to establish Burger King restaurants across the country.

The fast food giant has held discussions with various potential partners in India down the years but had failed to sew a deal. However, the firm has gone ahead with a major push outside its home market over the last two years and the entry into India can be seen as part of the strategy.

The firm, which was acquired by New York-based investment firm 3G Capital three years ago, went public again last year and has been expanding to new markets as McDonald’s and Wendy’s pumped up competition in the home market.

McDonald’s has been embroiled in a legal tussle with its Indian joint venture partner. Its other partner recently brought the franchisee operations under a listed firm and raised fresh capital.

Moreover, Jubilant FoodWorks, which runs a franchisee for Domino’s Pizza chain in the country, has also entered the burger business as an extension of Dunkin’ Donuts brand.

The market is clearly dominated by McDonald’s, which entered India in 1996 and has over 300 outlets now. But Burger King has a much more aggressive rollout plan.

One big challenge it would face is finding the right location for the outlets. In many markets Burger King and McDonald’s outlets are literally a stone’s throw away. However, given high real estate costs in the country, it could be challenge to find a sustainable model with a fast rollout plan.

Moreover, with entry of new players in the QSR business, including coffee chain giant Starbucks and emerging home grown chains, Burger King would face a bigger competition than what McDonald’s faced previously.