Blue Tokai rakes in $30 mn from A91 Partners, White Whale Ventures, others 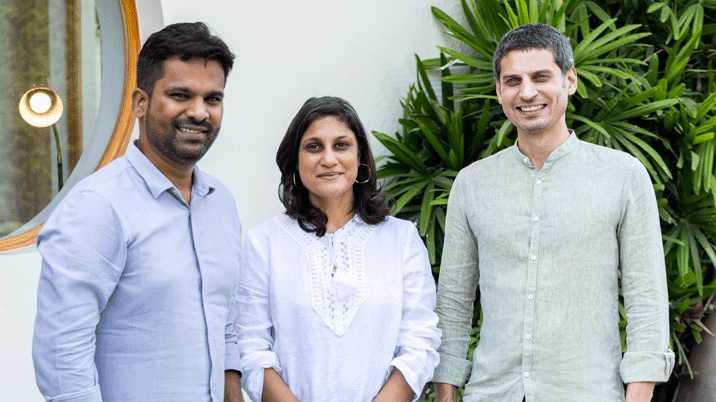 Homegrown coffee brand Blue Tokai Coffee Roasters on Wednesday said it has secured Series B funding of $30 million (around Rs 246 crore) led by A91 Partners.

The round also saw participation from White Whale Ventures, with existing investors Grand Anicut Fund and 8i Ventures.

The company did not disclose its valuation after the fundraise.

In November last year, VCCircle had first reported that Blue Tokai is in talks with several private investors to raise $12- $15 million in a fresh round of equity funding.

The startup will deploy the fresh funds to scale up business and expand its presence in the speciality coffee markets globally. It is also working towards rolling out a slate of new FMCG products.

“We are focussed on growing our presence across all of our channels, including our own cafes as well as our B2C (business-to-consumer) and B2B (business-to-business) offerings. In the coming three years, we plan to showcase the work done by 100 new speciality coffee producers, thus enabling a far more diverse product offering at Blue Tokai,” said Matt Chitharanjan, co-founder and chief executive at Blue Tokai.

Over the next three years, the company is planning to add 200 new stores, taking its overall count to well over 250 cafes. “We will also be investing in our B2B arm, bringing new technology for our partners through our machine offerings,” said Shivam Shahi, cofounder and chief operating officer at Blue Tokai.

Founded in 2013, Blue Tokai sells speciality coffee as well as runs standalone cafes and roasteries. At present, the brand operates four roasteries and over 60 physical outlets across major Indian cities. It also has international operations in Japan. The brand, known for its easy-to-brew and ready-to-drink offerings, has of late launched cold brew cans, easy-pour sachets, and biodegradable coffee capsules.

“The $30 million raise is a testament to the strength of Blue Tokai brand and the quality of its products. We believe that Blue Tokai has enormous potential and look forward to supporting its journey as they continue to innovate and expand on its path to an IPO,” said Vikram Chachra, founding partner, 8i Ventures.

Blue Tokai’s Series B round follows the company’s previous investment round of Rs 17 crore from Anicut Angel Fund in August last year. Prior to that, it had raised close to Rs 40 crore from early-stage funds and angel investors in 2020.

In the recent past, several direct-to-consumer (D2C) firms have entered the Indian coffee market, despite the dominance of large players such as Nescafe, Starbucks and Cafe Coffee Day. Third Wave Coffee, Slay Coffee, Sleepy Owl Coffee and Rage Coffee are a few Indian startups that have recently raised funding from VCs to take on the larger players in the space.