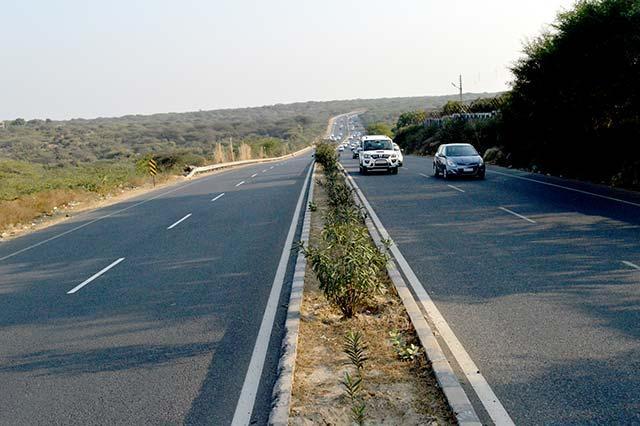 Private equity firm Blackstone has sold around half of its remaining stake in construction firm NCC Ltd (formerly Nagarjuna Construction Company Ltd). Since it sold a chunk of shares just few weeks ago, it indicates Blackstone is now looking at a complete exit from another of its forgettable investments in India.

Stock market disclosures show it sold another 3.14% stake in NCC over the last two weeks. It is estimated to have pocketed around Rs 150 crore in the second part-exit.

This comes right after it sold a similar stake for around Rs 145-150 crore. As first reported by VCCircle, Blackstone made a marginal loss on that part-exit on its original investment.

In the latest tranche of stake sale, too, Blackstone is understood to have taken a small haircut on its initial investment.

However, one person privy to the development said that Blackstone also invested parallelly through PN route via third-party entities when the share price was much lower. As a result, it recovered its investment and made some profit in rupee terms. But, this could not be verified independently.

Either ways, since Blackstone invests in India out of an international fund, the money it would take back to own fund investors, in dollar terms, would be less. The greenback has appreciated 67% against the Indian currency, since Blackstone initially invested in NCC.

An email query sent to Blackstone spokesperson in India did not elicit any response.

With this Blackstone has sold two-thirds of its holding in the last two months. Its remaining stake is worth Rs 188 crore.

Blackstone invested in the company in 2007, at peak market valuations. It had initially invested Rs 409 crore to pick around 10% stake in NCC and had also got the right to subscribe to equity convertible warrants, as reported earlier.

But, the PE firm eventually did not subscribe to the warrants, blaming it on pending approval for the deal from FIPB, the nodal government body clearing foreign investments in the country.

It had originally picked shares at Rs 202.5 each. The PE firm also bought additional shares in early 2011 and then participated in the rights issue of NCC in late 2014. It had brought in around Rs 100 crore more into the firm, it is learnt. Details of its investment through the PN route, if any, could not be ascertained.

In the rights issue, it got fresh shares at just Rs 20 each which significantly brought down its average cost of ownership, even though its investment remained underwater.

For Blackstone, this marks another forgettable liquidity activity from its private investment in public enterprise or PIPE deal in India.

In July, it sold another large chunk of shares in garment exporter Gokaldas Exports Ltd. Blackstone had invested in Gokaldas around the same time it bet on NCC, in 2007, just months before the stock market tanked.

For Blackstone that struck a bulge bracket deal early this year and acquired 60.48% of Bangalore-headquartered IT services firm Mphasis Ltd from Hewlett Packard Enterprise for Rs 5,466 crore, NCC marks the second exit activity from any Indian firm in 2016.

Last year, it sold its majority stake in CMS to Baring Private Equity Asia and also part exited in the IPO of flavours and fragrance maker SH Kelkar & Co Pvt Ltd. Early last year, it had also sold stake in auto parts firm Agile Electric. All these were profitable exits for the PE firm.

NCC, once a hot company in the infrastructure construction sector, had suffered from the slowdown in the economy. The firm had previously also attracted ChrysCap and Beacon India Private Equity as investors. ChrysCap exited the firm last year.

The construction firm has been selling assets to cut debt.

In January this year, NCC sold its 51% stake in Western UP Tollway Ltd, which operates a highway project in Uttar Pradesh, to private equity firm I Squared Capital. The deal also involved Gayatri Projects Ltd and its subsidiary Gayatri Infra Ventures Ltd selling their stake to I Squared. The enterprise value of the deal was Rs 575 crore (about $85 million).

In April, NCC signed a pact to sell some additional stake in Sembcorp Gayatri Power Ltd (SGPL) to Singapore's Sembcorp Utilities Pte Ltd for Rs 301.26 crore (about $45.4 million) in the second tranche of a transaction agreed the previous month.

NCC will receive a net amount of Rs 77.04 crore after adjusting a "mobilisation advance" received from SGPL for executing the project, it had said.

In March, the Indian infrastructure firm had said it agreed to sell a stake in SGPL to Sembcorp Utilities for Rs 352 crore ($52 million).

This article has been modified to incorporate additional information related to the transaction.