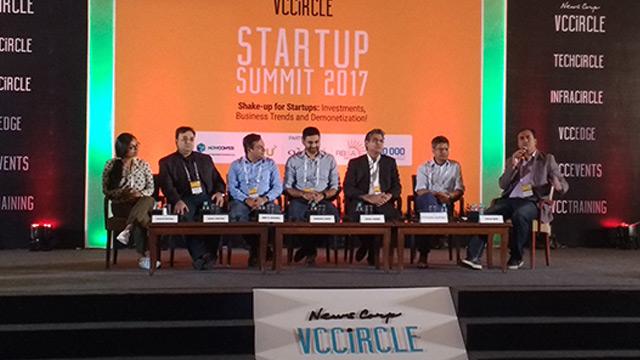 A critical factor that investors look at before investing in startups, particularly in early-stage ventures, is the founder and his team, panellists at the News Corp VCCircle Startup Summit 2017 said.

“The idea and markets evolve. The only thing that’s constant is the team. At such an early stage, there’s nothing to look at, so investors look at who you are. That’s something you can’t hide,” said Harshad Lahoti, founder and chief executive of ah! Ventures, a Mumbai-based early-stage venture capital firm.

Kunal Khattar, general partner at advantEdge Partners, said that people are often keen to wear the entrepreneurial hat for the wrong reasons. The question investors should ask founders is why they want to become an entrepreneur, “Entrepreneurship is actually a change in lifestyle. You’d better be ready to give up everything,” he explained.

In a discussion on ‘Successful startups: What worked, what did not?’, startup founders also talked about what had helped them sustain themselves. “The one thing that has worked for us from day one is influencer marketing,” said Shreya Mishra, founder of Flyrobe, an on-demand fashion rental portal.

Amit Agarwal, co-founder of No Broker, a peer-to-peer (P2P) property listings business for home rentals, said focusing on scalability and self-imposed frugality had helped the firm grow. “We don’t have any office other than in Bangalore, we ask owners to WhatsApp us photos of the property. We keep our costs really low,” he added.

According to Jitendra Gupta, founder and chief executive of payments firm Citrus Pay, which was bought by Naspers-owned PayU last year, the company’s success had a great deal do with entering the market at the right time. “Other than that, the product team was always running short on time to meet the sales expectation,” he added.

Besides finding the right mix to enable a startup to grow, founders at the Summit agreed that hiring the right people plays a key role in determining whether the firm will be able to scale up or not.

“The first five or 10 hires are the most critical. We hire for attitude, not skill. The second reason is the purpose for joining the company: do people feel for the cause?” explained Mishra of Flyrobe, adding that adopting a layoff policy is at times unavoidable and that is largely because of the attitude people may have. “We’d rather take on a less talented person with the right attitude. We’ve taken that call once or twice in our 16-month journey,” she revealed.

Agarwal said 80% of people, including graduates from the IIMs, have no passion, and “you just need to get these people”.

According to Gupta of Citrus Pay hiring the right people in the initial days was rather difficult. “From a skill set assessment standpoint, I had no clue as far as the engineering or product team was concerned,” he said, adding: “We used ESOPs very effectively. I’m, however, not sure how many people valued it.”