IGATE chief executive officer Ashok Vemuri has quit the company, three months after French IT major Capgemini acquired it in a $4-billion deal, according to a stock market disclosure. 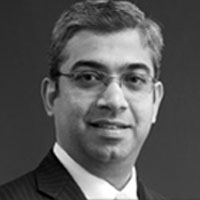 Vemuri had joined the US-based IGATE as president and CEO in September 2013. He had replaced Phaneesh Murthy, who was sacked by IGATE in early 2013 over failure to disclose his relationship with a subordinate.

Paul Hermelin, chairman and CEO of Capgemini, said the firm would like to thank Vemuri "for his active participation to the acquisition process and his remarkable energy in the transition phase".

An emailed query to Vemuri seeking information on where is he headed did not elicit any response immediately.

Vemuri was once Infosys' highest-paid Indian executive and headed its Americas business unit, besides being chief of the manufacturing and engineering vertical. An IIM Ahmedabad graduate, Vemuri held 400,000 shares of NASDAQ-listed IGATE when Capgemini announced the acquisition in April. These shares were valued around $19 million (about Rs 120 crore then) at the time.

Capgemini's IGATE acquisition was one of the biggest deals in the IT sector globally. IGATE later delisted from the NASDAQ and its integration process with Capgemini is currently on.

IGATE was co-founded by Ashok Trivedi and Sunil Wadhwani in 1996 and listed on the NASDAQ the same year. It acquired a majority stake in Patni Computer Systems in 2011 and delisted the firm a year later. It had brought in Apax Partners as a key shareholder to back this transaction.