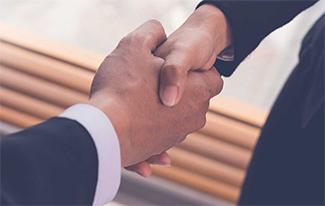 Apax will retain an equal stake in California-based GlobalLogic, the PE firm and CPPIB said in a joint statement.

The firms didnâ€™t disclose financial details of the deal. However, a person close to the development said that the deal values GlobalLogic around $1.5 billion and has given Apax more than three times returns on its investment.

Back-of-the-envelope calculations show that Apax has now sold half its stake for almost $720 million. The PE firm is estimated to have earned an internal rate of return of about 50% on its three-year-old bet. Thatâ€™s far higher than the 20-30% IRR that PE firms typically chase and is also more than what Apax earned when it sold its stake in New Jersey-headquartered IGATE Corp to French IT services giant Capgemini SA in April 2015.

Rohan Haldea, partner at Apax Partners, said GlobalLogic performed strongly over the past three years and successfully executed an ambitious global growth plan. â€œGlobalLogic has seen significant returns from early investments in customer focus and in building differentiated capabilities to drive digital transformation for a number of large customers,â€ he said.

Apax Partners has advised funds that total over $48 billion in aggregate as of 30 September 2016. Funds advised by Apax Partners invest in companies across technology and telecom, services, healthcare and consumer.

Founded in 2000, GlobalLogic provides product development services that help clients build innovative digital products to enhance customer engagement, user experience and service capabilities. It also helps brands design and build the software and digital applications that are critical to their customersâ€™ requirement. It has 11,000 employees worldwide.

Demand for these services has grown significantly in the past five years and is likely to continue to expand as next-generation cloud-based software platforms, mobile and web applications, and Internet of Things have amplified the need for design-led software development expertise, the statement said.

â€œThis is a compelling opportunity for CPPIB to back a highly successful management team in what is a rapidly growing and evolving software engineering services sector,â€ said Ryan Selwood, managing director and head of direct private equity at CPPIB.

GlobalLogic CEO Shashank Samant said the company grew at a compound annual rate of more than 20% in the past three years, outperforming the broader product engineering services market.

Shashank Singh, partner and head of the India office at Apax, said GlobalLogic had been growing 10-12% before the PE firm invested. He added that the company has more than doubled its annual revenue run rate from $200 million three years ago.

The company was previously backed by a slew of venture capital investors such as WestBridge Capital, New Atlantic Ventures, New Enterprise Associates and Sequoia Capital. In 2010, it also raised capital from Goldman Sachs Asset Management International.

For CPPIB, the deal expands its bets on India. The Canadian firmâ€”which is also a limited partner, or investor, in Apax fundsâ€”has rapidly increased its exposure to Indian companies over the past couple of years.

Till 2016, CPPIB had invested around $2 billion in India. The PE firm ramped up its activity in 2016, especially with real estate deals.

It also strengthened its holding in Kotak Mahindra Bank, picking up stakes twice in March and September 2016. Besides, the firm formed a stressed assets venture with Kotak Mahindra Bank in which it plans to contribute around $465 million.

It also signed a non-binding agreement to acquire a 49% stake in Phoenix Mallsâ€™s Bangalore asset and is negotiating to acquire Everstone Capitalâ€™s logistics platform IndoSpace for around $2 billion.