All you need to know about draft GST rules 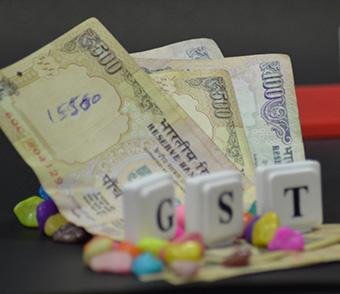 The Central Board of Excise and Customs (CBEC) on Monday unveiled a set of draft rules for the new Goods and Services Tax (GST) regime that is likely to be implemented from 1 April 2017.

These rules pertain to three main aspects under the new indirect tax law: registration, payments, and invoicing. These follow a set of FAQs the CBEC had released on the GST earlier. Here’s all you would want to know about the new draft rules, which will be taken up by the GST council later this week.

What exactly are these draft rules all about?

Typically, each time the government brings in a new law, it devises a set of rules that help implement the same. Such rules are framed after Parliament passes a new law. During the monsoon session, Parliament passed the constitutional amendments that are necessary to enshrine the GST within the Constitution. Following this more than half the states ratified the constitutional amendment, which is now a part of the statute. In the upcoming winter session of Parliament, the government will bring in the second part of the legislation that is necessary to implement the GST. Once these are passed, the process of implementing the new tax law will begin in earnest, so that the same can be done by 1 April 2017. These draft rules are one step in that direction.

What aspects of the GST do these draft rules pertain to?

They pertain to three main aspects—payment, invoice, and registration. There are 17 rules and 26 forms for registration, four rules and seven forms for payment and five rules and one form for invoice. The main objective of these rules is to minimise the physical interface between the taxpayer and the tax department by bringing all processes online. This way, the government hopes to reduce corruption and enhance compliance. These rules will also help companies tweak their own information technology systems ahead of the implementation of the GST.

What are the salient features of these draft rules?

The draft rules say that a resident taxpayer will be granted registration within three days of applying, unless the tax department has any objections. Non-resident taxpayers will have to register five days before starting their business and will be required to deposit in advance their tax liability. An applicant will have to submit details like PAN, mobile number, Aadhaar number and email address.  Invoice rules require details like description and quantity of goods, HSN code for each good, rates and discounts, freight etc. Moreover, transporters will not be required to carry any invoice as long as the supplier gives him the invoice reference number.

How are e-commerce companies likely to be impacted by GST?

E-commerce companies like Flipkart, Snapdeal and Amazon and taxi aggregators like Uber and Ola will have to register for the GST. The FAQs released earlier this month say that there is no exemption based on value of supply for them.

What is the threshold limit for businesses under which GST will not apply?

The GST council, which met for the first time last week set a threshold limit of Rs 20 lakh under which GST will not be applicable. In other words, if a business has an annual turnover of less than Rs 20 lakh, it will not be under the purview of the GST.

By when will the draft rules and tax rates be finalised?

The GST council is slated to meet on 30 September and is likely to finalise these rules. The government has sought comments from the public on these draft rules by 28 September. The tax rates are likely to be finalised by 16-17 October when the council meets again.