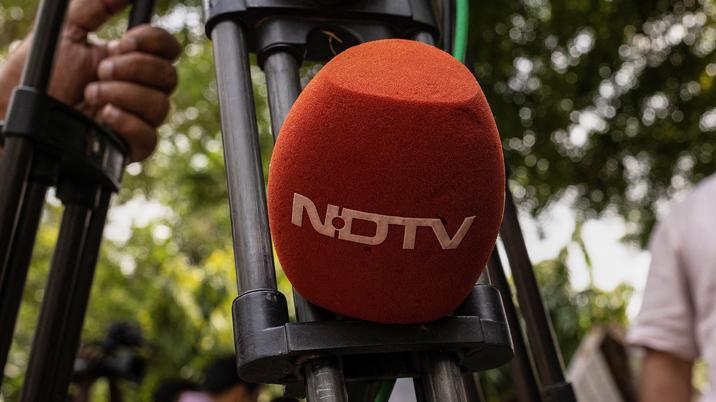 Shares of NDTV traded 5% lower at ₹393.70 in early session on Monday, the last day for the Adani Group’s open offer for an additional 26% stake in the broadcaster.

Along with NDTV promoter company RRPR’s transfer of 29.18% to the Adani Group and shares submitted under the open offer so far, Adani Group subsidiary VCPL’s shareholding in NDTV now stands at 37.29%, exceeding the combined shareholding of Radhika and Prannoy Roy of 32.26% as of September quarter end.

Interestingly, the name of Chennai-based investor Dolly Khanna who held 1% of NDTV’s equity as of the June quarter end, doesn’t figure in the September quarter-end shareholding .

A total of 182 bodies corporate who held 9.61% of the company’s equity at June end raised their holding to 9.86% with 32 more corporates taking their number to 214.

The open offer by Adani Group’s wholly owned subsidiary VCPL to acquire an additional 26% in NDTV started on 22 November.

NDTV had, in a statement to stock exchanges last week, said that it "has been informed by the Promoter Group vehicle RRPR Holding Private Limited (RRPRH) that the Board of Directors at the meeting held today i.e. November 29, 2022, have approved…Appointment of Mr. Sudipta Bhattacharya , Mr. Sanjay Pugalia, and Mr. Senthil Sinniah Chengalvarayan, as Directors on the Board of RRPRH, with immediate effect; and 2. Resignation of Dr. Prannoy Roy and Mrs. Radhika Roy as Directors on the Board of RRPRH, with effect from the close of business hours of November 29, 2022."