This marks a full exit for the PE firm from its almost nine-year old investment.

Actis, which held 10.88 per cent equity stake in Phoenix Lamps through its affiliates Argon South Asia Ltd and Argon India Ltd, has divested the stake at a share price of Rs 89 per share through off market sales last week.

This follows a share purchase agreement that the two companies signed in May this year wherein Actis agreed to sell 51 per cent stake in Phoenix Lamps to Suprajit for Rs 127.17 crore ($20 million), and remaining stake for an additional Rs 27.12 crore depending on the acceptance level of shares in the mandatory open offer. The first leg of the deal was completed previously. 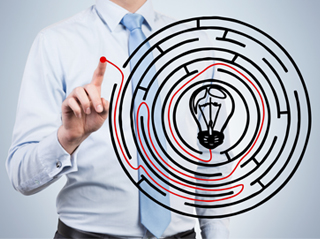 This marks a full exit for the PE firm

from its almost nine-year old investment

Earlier in June, Suprajit managed to buy just around 0.05 per cent more in the open offer.

With the latest deal with Actis, Suprajit's total shareholding in Phoenix has increased to 61.92 per cent, Suprajit said in a separate statement.

Suprajit Engineering is manufacturer of two wheeler control cable. It has 14 plants; 13 in India and one in the UK, which also operates as a technology centre for control cables for both automotive and non-automotive clients.

On the other side, Phoenix Lamps (formerly Halonix Ltd) is a fluorescent lamps and lighting solution manufacturing company. It offers halogen lamps for two and three wheelers, passenger cars, commercial vehicles and off-road applications.

Actis had invested around Rs 315 crore to buy over 66 per cent in the firm in 2006-07 through a mix of stake purchase from previous promoters, preferential allotment and an open offer that saw full participation from the public shareholders.

Two years ago the PE firm bought more shares of the firm through open market transactions for around Rs 8 crore.

While the PE firm is exiting at a huge loss on the face value of investment, the total investment value erosion is not clear.

Two years ago Actis bought out the loss-making general lighting business unit of the firm for an undisclosed amount. Actis did not say how much it spent to buy this firm but the asset sale was pegged at Rs 76.71 crore net of adjustments. The value of this business is unlikely to compensate for the overall money Actis spent to do one of the rare control PE deals in India.

Indeed, in dollar value of deal it is estimated to have taken an even bigger hit in the investment.