Aavishkaar is impact investor of the year: VCCircle Awards 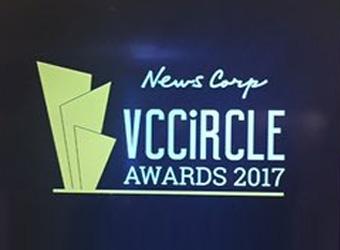 The winner was decided by an eminent jury panel chaired by Arun Duggal, the chairman of ICRA, an Indian subsidiary of ratings agency Moody’s.

Aavishkaar, which was launched in 2001, boasts of a rich history of backing enterprises working in rural areas and those targeting the poor. It has made over 50 investments across eight sectors, including agriculture, dairy, education, energy, health, water and sanitation, and microfinance.

“Thank you VCCircle for adding impact to impact investing through this award. A lot of people think that impact investing is not making money. There are two types of pyramids – resource and aspirational. The aspirational pyramid has become flat. So, requesting people to consider impact investment,” said Aavishkaar founder Vineet Rai.

The company’s ability to identify potential enterprises in rural India can be gauged from the fact that 84% of its portfolio firms were started by first time entrepreneurs.

The company has always backed those having operations in some of the most backward regions in the country. While 10 companies has its headquarters in low-income states, 77% of the portfolio firms have significant presence in rural India.

The investment firm, through its Aavishkaar Frontier Fund, has made several investments in neighbouring countries, including Indonesia, Sri Lanka and Bangladesh. It also has plans to revive its Africa strategy on a $100-150 million fund raising that is already in the works.

At a time when several fund managers are finding it hard to achieve fundraising targets, Aavishkaar Venture Capital Management floated its third fund in 2016 with a target corpus that is three times larger than that of its previous vehicle.