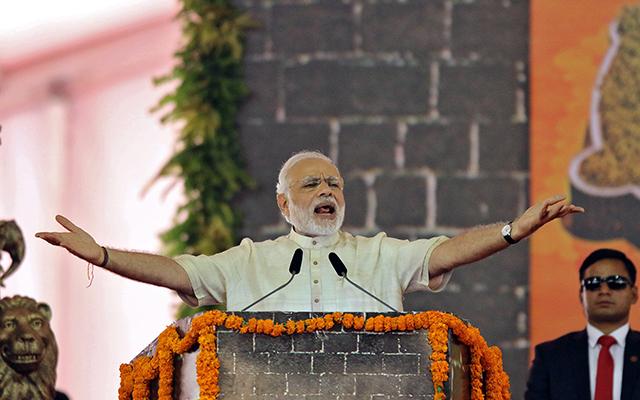 On 8 November, prime minister Narendra Modi sprung a surprise when he addressed the nation and announced his government’s decision to ban Rs 500 and Rs 1,000 currency notes.

Modi is again slated to address the nation on New Year’s Eve. While we do not know what exactly the prime minister could speak on, there are enough hints as to what might happen. Here’s all that we know so far:

A 60-page document: Multiple news reports say that a 60-page document has been circulated among all ministries, outlining the achievements of the demonetisation exercise, explaining point by point why it was carried out.

Ministers have been asked to hold press conferences: Ministers have been asked to hold at least 10 press conferences across the country, says a tweet by The Economic Times. This is being done in a bid to communicate to the people what demonetisation has achieved. This, the government hopes, will undo some of the negative publicity the move has received.

Expect a media blitzkrieg: Expect the government to go all out on a media campaign hard selling demonetisation to the masses. The government is already encouraging the use of digital payments by holding lucky draw contests both for consumers who pay digitally and retailers who accept cashless payments.

Next steps against the war on black money: Modi has already said on more than one occasion that demonetisation is not the end of his government’s crusade against black money and that his next attack will be on benami properties. He could outline how he plans to go about it.

Finally, expect some sops for the masses: While there has been much talk of lower taxation being in the offing, for that we will have to wait for the Union budget by the beginning of February. To assuage a sense of resentment among some sections of the population, Modi could immediately announce some sops, especially for the lower economic strata of society as a New Year gift to the masses. On what these could be, only time will tell. News reports also say that on 2 January, Modi could make some big ticket announcements for Uttar Pradesh, which is going to the polls early next year.