In the deals space, Mumbai-based supply chain solutions company LEAP India raised $13 million in a Series B round of funding from a clutch of investors, including Sixth Sense Venture Fund, IndiaNivesh Venture Capital and Mayfield India.

Gurgaon-based Thea Kitchen, which runs a chain of restaurants under Biryani Blues brand, received $1.98 million in a bridge round of funding from existing investor Carpediem Capital Partners. 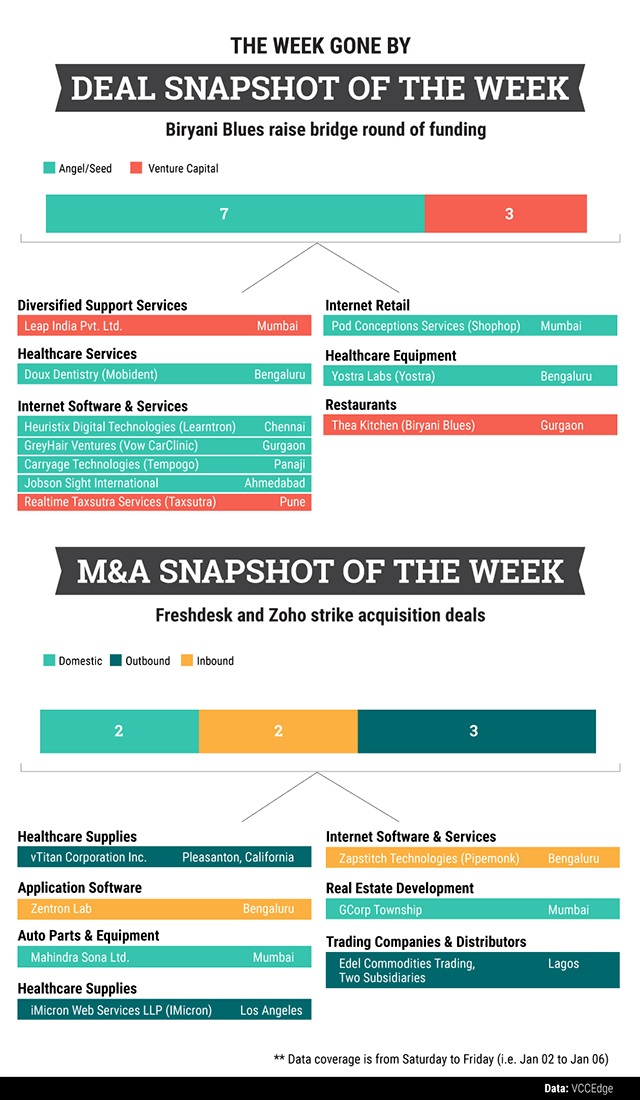 In the M&A space, Sona Group acquired a 37.5% stake held by its JV partners in auto components manufacturer Mahindra Sona for $17.6 million.