Walmart may seal Flipkart deal before end of this week

Walmart is likely to announce its much-anticipated deal to buy a controlling stake in Indian e-commerce player Flipkart before the end of this week, two sources said, in what is likely to be the U.S. retail giant’s biggest acquisition of a business.

Walmart and Google parent Alphabet Inc will buy up to 75 percent of Flipkart, the two sources familiar with the matter said, declining to be named as the talks are private.

Reuters previously reported that Walmart was in advanced talks to acquire 51 percent or more of the e-commerce player for $10 billion to $12 billion, valuing Flipkart at some $18 billion to $20 billion.

Both sources said that Flipkart Group Chief Executive Binny Bansal held a closed-door meeting with the firm’s top leadership at its Bengaluru headquarters on Monday, and one added that Bansal said that Flipkart co-founder Sachin Bansal would exit after the Walmart deal is sealed.

Sachin and Binny Bansal, both former Amazon.com Inc employees, founded Flipkart in 2007, and like their U.S. rival, began by selling books.

Walmart is expected to get three board seats at Flipkart and will also have a say in the appointments of the group’s finance, legal and compliance heads, one of the sources said.

Krishnamurthy and Binny Bansal will remain in their current roles after the deal, the two sources said. 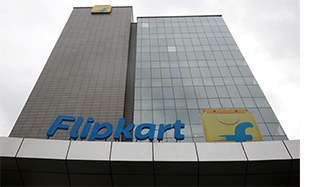 Early Flipkart investors Tiger Global and venture fund Accel will sell a majority of their stakes, one of the sources said.

Japan’s SoftBank Group, which owns roughly a fifth of Flipkart through its Vision Fund, is expected to completely exit, Reuters has previously reported.

The Vision Fund had invested close to $2.5 billion in Flipkart via primary and secondary share purchases last year.

Flipkart will hold a townhall for employees on Friday, with Walmart CEO Doug McMillon likely to attend, one of the sources said. Other top Walmart executives will also be in India for the announcement, the other source added.

A third source said Flipkart had scheduled multiple batches of townhall meetings with employees on Friday, sparking chatter within the ranks that a deal is likely imminent.

Walmart declined to comment. Flipkart, Alphabet, Tiger Global and Accel did not immediately respond to requests for comment.