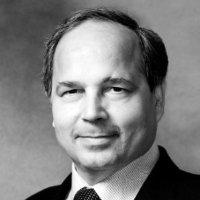 Shukla told VCCircle in an email, "My association with Fenox was a non starter. I was tempted by the idea of an India Fund but quickly changed my mind. And that was six months ago."

He is the chairman of the entrepreneurs’ body TiE Global and president of TiE Silicon Valley.

Fenox Venture Capital’s CEO Anis Uzzaman told TechCrunch that the firm had begun to raise a new $40 million to $60 million fund to invest in companies based in India.

Uzzaman said his firm had many limited partners who expressed interest in creating this fund, but had not finalised capital commitments.

The VC firm aims to recruit or promote another partner to lead its India fund, and expects that fund to close next year.

Fenox looks at investment opportunities across the globe in emerging technology companies in IT, health IT, artificial intelligence, internet of things, robotics, big data, virtual reality, augmented reality, fin-tech and next generation technologies.

The venture capital firm has offices across seven different countries including Japan, Indonesia and South Korea. It has invested in firms based in the US, Japan, Bangladesh, South Korea and Southeast Asia.

Some of Fenox's portfolio companies in Asia include Terra Motors, an electric motorbike maker; Shohoz, an online travel service provider; Geniee, an online platform which offers real-time bidding for advertisers; and FINC, a digital healthcare company.