The Insolvency Code: Will tax be a problem?

The Insolvency and Bankruptcy Code, 2016 has been hailed as bringing a new dimension to business funding in India. While it is expected to change funding patterns dramatically, short-term pain can be quite deep.

The resolution process under the Code entails a comprehensive restructuring process for the corporate debtor (i.e. company) such as changes of ownership and management and is largely facilitative to ensure an appropriate environment for an investor to step in and turn around the company for the benefit of all stakeholders.

However, the transactions undertaken as a part of the resolution process could result in taxes, which may unhinge the deal financials, thus making the resolution process less efficient and effective. This warranted the Budget 2018 to consider providing concessions from various provisions under the Income-tax Act, 1961 (the Act). The relief that has come through is limited, however.

The resolution process almost certainly requires a waiver of loans and other credits to the profit and loss account. This could lead to MAT implications in the hands of the corporate debtor and result in a cash outflow at a time badly needed by the company.

Budget 2018 has made a minor tweak to the MAT provisions, which essentially allow all brought forward losses and unabsorbed depreciation to be consumed in the year of the write-back of loans, thus reducing the effect of MAT. Without this amendment, only the lesser of depreciation and business losses would be permitted.

No doubt the relief is significant, but it does not address the full issue as the resolution is an unnatural event and all stakeholders are expected to make things better for the company. It would have been preferred to suspend MAT altogether rather than tinkering with the computation mechanism. This is also because it moves the issue to a subsequent period as discussed below.

Carry forward and set-off of losses by closely held companies

The Act provides that a change in shareholding with voting rights by more than 49% in closely held companies, including private companies, results in a loss of accumulated business losses. In a resolution process, incoming investors become shareholders and owners invariably and will lose access to the prior year losses. 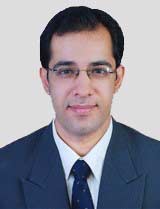 In order to address this problem, Budget 2018 has proposed to relax the rigors of this provision in case of such companies whose a resolution plan has been approved under the insolvency code after affording a reasonable opportunity by the jurisdictional Principal Commissioner or Commissioner.

The role of the jurisdictional Principal Commissioner or Commissioner in this regard is unclear, and perhaps unnecessary, considering that the resolution plan would be approved by the National Company Law Tribunal (NCLT) under the insolvency code, under which the tax authorities have the ability to provide comments in any case. Nonetheless, this is a welcome move and provides shelter to an incoming shareholder.

However, it also needs to be understood that, in a way, waiving MAT altogether and this relaxation ought to be in sync.

Consider a situation where a loan has been waived and the entire sum is written back to the profit and loss account. Under Budget 2018 provisions, all prior year losses and depreciation can be considered to bring the MAT liability down. But as a consequence, all such prior year losses and depreciation for MAT purposes have been consumed. The tax losses are preserved applying the section 79 relaxation.

Now, in future years, say the third year onwards, if the company makes book profits, it will still not have taxable income, owing to past year tax losses, which the Budget protected. But such company will still pay MAT.

Vishal Agarwal is partner, Yashesh Ashar is director and Sohail Manjiramani is deputy manager at Deloitte Haskins and Sells LLP.