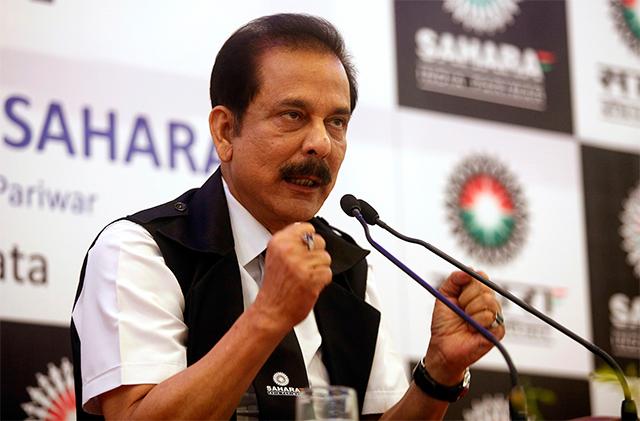 The Supreme Court on Thursday rejected a request from the Sahara conglomerate to be given more time to deposit 6 billion rupees ($88 million) by Feb. 6, despite the group's argument that a shortage of cash in the country was making it hard to raise the funds.

The court also said it would send Sahara's chairman and founder Subrata Roy back to jail should the group fail to deposit the amount.

Sahara, the former main sponsor of India's national cricket team, had been ordered to deposit the funds as part of a court order that it refund 360 billion rupees ($5.4 billion) raised from millions of small investors in a bond selling scheme which was later deemed to be illegal by the market regulator.

Roy has been on "parole" since May last year after spending more than two years in jail, having been arrested for failing to attend a contempt of court hearing. He has yet to be formally charged over the bonds scheme and has denied any wrongdoing.

"We have given enough indulgence to you (Sahara), and Roy will have to go to jail in case of default," said Justice Dipak Misra.

Sahara is still trying to sell some of its prized assets at home and overseas, including New York's Plaza Hotel, to raise the funds demanded but had asked for more time to pay back the deposit in view of India's shock move in early November to scrap high value banknotes.

The move has sparked cash shortages across the country and brought parts of the economy to a standstill.

Gautam Awasthi, a lawyer for Sahara, said in a statement, the group would deposit the money by the deadline, saying the Supreme Court had also allowed the group to transfer 35 million pounds ($43 million) from London to be channeled towards the repayment.