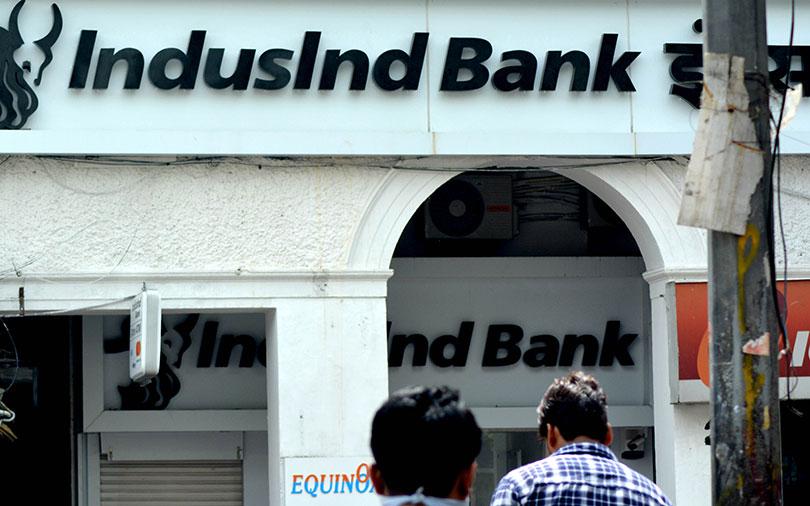 Presently, Saxena is the CEO of Bharat Financial Inclusion Ltd, a 100% subsidiary of private sector lender IndusInd Bank. And Damani is the CFO of the mid-sized bank.

On Monday, Spandana Sphoorty announced the appointment of the duo at top posts after the exit of the microlender's promoter, founder and CEO Padmaja Reddy.

However, a day later, IndusInd Bank said, "Neither, Shalabh Saxena nor Ashish Damani have tendered their resignation from the services of BFIL. As per the terms of their employment, once the resignation is tendered, it is subject to acceptance by the Board of Directors of BFIL (Board)."

"Upon acceptance by the Board, a specified notice period is also required to be served. However, as neither of them have tendered their resignations to BFIL, such due process has not been initiated," the bank said in a statement filed to the stock exchanges.

Earlier this month, Spandana’s founder and MD Padmaja G. Reddy was asked to resign from the microfinance firm, following differences with the majority shareholder Kedaara Capital – with 45.5% shareholding - over the company’s proposed sale to Axis Bank Ltd.

Reddy and her husband hold 16.79% in Spandana, while Kedaara Capital owns stake through its special purpose vehicle Kangchenjunga Ltd in the Hyderabad-based microlender.

Over the past month, Spandana has seen the exit of its senior management, including former CFO Satish Kottakota and chief strategy officer Abdul Feroz Khan.

As a majority shareholder, Kedaara Capital called for a board meeting of Spandana, where it also invited Reddy, to discuss several critical matters related to the leadership transition and business operations.

Announcing the appointments, Spandana said, “Both Saxena and Damani will join Spandana soon."

Meanwhile, IndusInd bank said, as per their contractual terms of employment, Saxena and Damani are also prohibited from accepting employment at a competitor of BFIL (such as SSFL) unless approved in writing by the Board of BFIL.

"As stated above, as resignation from BFIL has not been tendered to the Board by Shalabh Saxena and/or Ashish Damani, any purported acceptance by them of employment at SSFL would be in contravention of the terms of their employment with BFIL." the bank said.

Meanwhile, the bank added that certain transactions relating to BFIL are the subject matter of an ongoing review and the continued employment of Saxena and Damani at BFIL is critical to the closure of such a process.

Accordingly, they cannot be relieved from the services of BFIL, until completion of the said review, the regulatory filings further said.

IndusInd Bank added in light of the above, BFIL and the Bank are in the process of evaluating and undertaking appropriate steps and actions, including strengthening the management of BFIL to continue its usual business operations.

Spandana, which went public in August 2019, was one of the five microfinance firms referred to CDR/Corporate Debt Restructuring cell after the Andhra crisis in the microfinance industry.

In 2017, it raised $270 million in funding with around $100 million coming in as equity capital from a Kedaara Capital-led consortium comprising the Ontario Teachers’ Pension Plan and others. The rest came as debt capital from IndusInd Bank , Yes Bank , and ICICI Bank.

As of September-end 2021, Spandana had assets under management (AUM) of Rs 7,034 crore on a standalone basis.

It offers loans under the joint liability group (JLG) model, predominantly to women from low-income households.