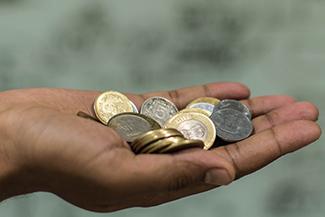 Qatar's purchase of a stake in Russian oil company Rosneft last month crowned a year of mega-acquisitions by sovereign investors in 2016, with total deal value rising 22 percent to $82 billion whilst the number of transactions held steady.

The plunge in the pound in the wake of Brexit attracted some foreign buyers to UK real estate, whilst 2017 is likely to see a rise in activity in e-commerce and financial technology.

The $10.8 billion paid by the Qatar Investment Authority (QIA) and commodities trader Glencore for a 19.5 percent stake in Rosneft was the costliest transaction but 2016 as a whole was characterised by some big deals, as investors battled it out for the choicest assets.

That was especially so in the infrastructure sector where demand for high-quality assets outstrips supply..

For instance, the consortium that won the 50-year lease for the Port of Melbourne in September paid $7.3 billion - smashing the target set by the government. This followed the whopping $9.5 billion paid for Australian ports and rail operator Asciano in the first quarter of 2016.

"Investors are still structurally underweight infrastructure, partly due to a lack of availability," Alex Millar, head of EMEA sovereigns at Invesco, said, adding that income-generating assets were being bid up in a low interest rate world.

The fourth quarter's second biggest deal was also in infrastructure. A consortium that included the QIA and China's CIC Capital Corp paid $4.5 billion for a majority stake in Britain's gas network.

Coupled with the Rosneft transaction, this boosted the total deal value for the fourth quarter to $25.4 billion. This was up 16 percent on the third quarter, despite a quarter-on-quarter fall in the number of deals to 35 from 47.

Sovereign investors are expected to continue chasing infrastructure deals to fill their target allocations, but with interest rates set to rise, Millar questioned whether the current high multiples would persist.

Singapore's GIC acquired a 50 percent stake in the WestQuay Shopping Centre, in Southampton, Britain for $59.5 million. This followed its late September acquisition of a UK student housing portfolio from Oaktree Capital Management.

Nikhil Salvi, a manager at Aranca, an investment research and analytics firm, said the sterling move had increased the lure of UK real estate for foreign buyers.

"That has given investors a large cushion of safety - it's probably one of the best times to put money in, especially if you have a decade-or-longer investment horizon," he said.

GIC was also behind the biggest real estate deal of the fourth quarter, stumping up $2.7 billion for P3 Logistic Parks, a European warehouse company.

Elsewhere, Norway's sovereign wealth fund (SWF) continued to build up its real estate portfolio, paying just over $1 billion for a property in central Paris, the Vendome Saint-Honore. It also acquired a building on London's Oxford Street for some $346 million.

Salvi predicted that in 2017, sovereign investors would look more at opportunities in e-commerce and financial technology, with Saudi Arabia and Japan's SoftBank Group joining forces to create a technology investment fund to hunt out deals. This followed Saudi's $3.5 billion investment in ride-hailing firm Uber in June.

"The Middle East SWFs may breathe more easily now that oil has recovered to some extent," Salvi said.

"OPEC countries have agreed on production cuts, so the dollar flows will continue to be steady, and that will increase the pool of sovereign wealth."