Small cos rake it in; money raised through IPOs on SME exchanges doubles in H1 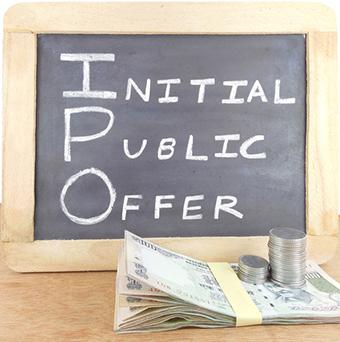 Fund raising by small and medium enterprises (SMEs) from initial public offerings more than doubled to Rs 384 crore in the April-September period of 2016-17 from the year-ago period.

"Indian primary market has witnessed spectacular revival in last few months, which is not limited to large IPOs like Mahanagar Gas, Quess Corp and ICICI Prudential. Public share sales of smaller companies on the dedicated SME boards of stock exchanges, too, have been on a hot streak," Pantomath Group Managing Director Mahavir Lunawat said.

A total of 41 firms have hit the capital markets to raise funds through the SME platform in the ongoing financial year (2016-17).

Of these, 24 IPOs opened for public subscription last month alone. Interestingly, 12 of these initial share-sale plans were opened on a single day.

The funds raised through the issue were used for business expansion plans, working capital requirements and other general corporate purpose.

The companies debuted in the current fiscal are from sectors such as healthcare, textile and infrastructure.

Till date, the SME capital market has witnessed 191 IPOs with total fund raising of over Rs 1,500 crore.

"Besides, the market has given fillip to new-age investment-bankers," he added.

BSE and NSE had launched SME platforms in March 2012, becoming the only two bourses to offer such a segment in the country. Since then, several companies have got listed on them and some have even shifted to the mainboard.

The platform provides opportunity to SME entrepreneurs to raise equity capital for growth and expansion. It also provides immense opportunity for investors to identify and invest in good SMEs at an early stage.