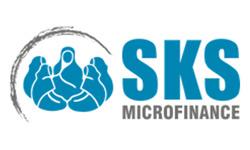 Troubled microfinance company SKS Microfinance Ltd is raising Rs 33.55 crore through a preferential allotment to a fund managed by the existing investor WestBridge Capital Partners. SKS Microfinance, which is also mobilising funds through a qualified institutional placement, has sold 4.45 million shares or 5.7 per cent stake.

SKS Microfinance said that it opened a QIP on July 12 at a share price of Rs 75.40. Shares of SKS fell over 7.26 per cent to Rs 84.3 a unit at the close of trade on the BSE on Friday. SKS has also said today that its adverse financial performance is likely to continue in FY13 and it expects to incur an operational loss of Rs 30-50 crore in Q1 FY13.

Other large shareholders include Kismet with 12.69 per cent stake, Sandstone Investment Partners I with 11.39 per cent, Sequoia Capital India Growth Investments I with 6.76 per cent and Vinod Khosla with 5.79 per cent.

Earlier, SKS said that it had plans to raise Rs 900 crore through a qualified institutional placement (QIP) and received interest from a few of its existing investors. Credit Suisse and Yes Bank are running the current issue, which one report has pegged at $30 million or approximately Rs 165 crore.

"An increase in the amount of loans assigned by SKS Microfinance Ltd towards the end of the quarter ended March 31, 2012, resulted in increased levels of cash and bank balances of about Rs 689.98 crore, as of March 31, 2012, which was not quickly redeployed. This, in turn, resulted in a relatively lower outstanding portfolio of loans. These and other factors resulted in our operational income being insufficient to meet the finance costs, personnel expenses and operating expenditure of the company, which remained relatively unaffected by the factors discussed above," SKS Microfinance stated in a filing.