The financial services company, controlled by billionaire brothers Malvinder and Shivinder Singh, had picked a majority equity stake in Northgate in 2010. It did not disclose the amount that it would get from the stake sale.

California-based Northgate had assets under management (AUM) of $4.8 billion as of April 1, 2016. Valuation of public listed PE fund managers in the US varies significantly between 3 per cent and 20 per cent of AUM.

This implies Northgate may be valued well over $140 million in the transaction. A part of the stake is held by its existing management and that too would be acquired by TCP.

Religare had acquired a 70 per cent stake in Northgate Capital for an upfront payment of $84 million (Rs 390.3 crore) in December 2010 in addition to a contingent performance-based payment. Two years ago, it hiked its holding to around 82 per cent for an undisclosed amount.

Religare had also acquired a majority stake in a separate alternative investment platform Landmark Partners for $170 million six years ago. These apart, Religare is a key investor in South- and Southeast Asia-focused healthcare PE firm Quadria Capital and has 26 per cent stake in Indian angel fund YourNest. 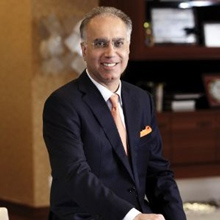 Sunil Godhwani, chairman and managing director, Religare, said: “Given the future growth potential that India offers for a diversified financial services platform like ours, we have taken a strategic view to consolidate and refocus our energies on our existing lending and other domestic businesses.”

For Religare, it adds to business exits that have happened in the recent past. In November,Religare said it will sell its majority stake in the Indian asset management joint venture Religare Invesco Asset Management Company to its foreign partner Invesco Ltd.

Northgate's AUM has risen 60 per cent from $3 billion when Religare bought 70 per cent stake in the firm.

TCP has a 12-year-old relationship with Northgate and its managed funds collectively represent one of the largest investors in the Northgate funds. The proposed acquisition will build on TCP’s growing venture capital and private equity investment portfolio, which currently accounts for around 25 per cent of its assets.

But Northgate will retain its investment and operational autonomy from TCP.

Following the closing of the transaction, Ojjeh and Khajeh-Hosseiny will participate as members of the Northgate Investment Committee, together with Brent Jones and Thomas Vardell, two of the co-founders of Northgate. 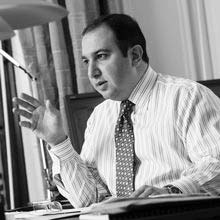 Ojjeh, managing partner and co-founder, TCP, said: “Technology remains a significant driver of global economic output and growth and we believe that expanding our commitment to Northgate will help our investors capitalise on the growth opportunities in one of the world’s major hubs for innovation and entrepreneurship.”

Founded in 1998 by Ahmed Ben Halim and Ojjeh, TCP has offices in London and Dubai. Prior to co-founding TCP, Ojjeh worked with Goldman Sachs in New York. In 1996, he relocated to Morgan Stanley in London where he managed client portfolios at Morgan Stanley Asset Management.

Ben Halim was previously head of asset management at Saudi International Bank (SIB) in London and was a member of its management committee. Prior to joining SIB, he was a resident advisor at the Saudi Arabian Monetary Agency.

'Instamojo looking at operational profitability by end of CY22'