It was a fairly action-packed year for the consumer sector at large with good news as the government opened up the retail sector further to foreign investment but the lower-than-normal monsoon rains did play spoilsport for the FMCG industry as rural demand weakened.

On the flip side, the early projections of a good monsoon next year portends well for the consumer sector as it would allow firms to not just continue with the demand momentum in the urban areas but also get a booster from sales in the smaller towns.

Indeed, if automobile sales are taken as a proxy for consumer sentiments, the mood is already on the uptick.

Firms also tapped on to the primary market window to go public. One of the biggest IPOs was that of Coffee Day Enterprises Ltd, which runs India's top coffee chain under the Cafe Coffee Day (CCD) brand. Among other notable ones, Prabhat Dairy and theme parks operator Adlabs Entertainment faced hiccups during the issue but managed to sail through. Prabhat Dairy in particular came back strongly as investors found value in its story after it listed.

Here's a quick relook at key developments in the sector during the year.

Merge to fight another day

This year marked consolidation among the bigger players in the retail segment even as physical retailers looked at ways to counter the e-commerce juggernaut. The key development related to Future Retail joining hands with Bharti Retail to create a stronger number two behind Reliance Retail. The process is still on and how effective the two partners would be in fighting competition would be clear soon.

In another move, the Aditya Birla Group decided to merge all its branded apparel businesses into a single entity, Aditya Birla Fashion and Retail (ABFR). The new entity would have a combined turnover of Rs 5,290 crore and a retail network of 1,869 exclusive stores, becoming the largest pure play fashion company in the country.

However, the most significant development for the sector was further easing of FDI norms. 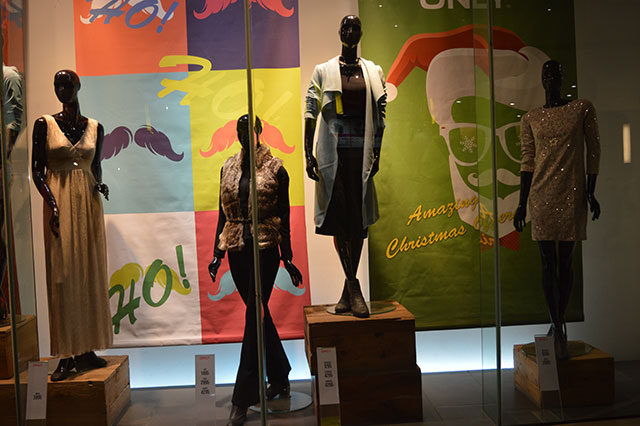 The biggest shocker for the consumer sector was when Nestle's popular ready-to-cook snacks brand Maggi was banned after it failed food safety tests. Although the snacks brand did return to the shelves at the fag end of the year, the development also took competitive colours as yoga guru Baba Ramdev's consumer products firm Patanjali entered the product segment. Indeed, Patanjali that is fast scaling up in the FMCG space got a shot in the arm recently as its products now find a shelf space in several modern retail chains.

Even as FMCG industry at large battled rural slowdown, some segments like hair-care saw strategic investor interest. While Emami sealed a big deal with Kesh King, Hindustan Unilever returned to the M&A street after almost a decade by acquiring Indulekha to re-enter the hair oil business.

The yet-to-mature private education sector too is also heading towards a consolidation with the country's top two play school chains—Zee Learn that runs Kidzee brand and Tree House Education—exploring a merger. Prior to the proposed deal being made public, Tree House—till recently the most valued education company—was hit by concerns regarding accounting principles. This had sent analysts drawing parallels with what happened to Educomp (at one point of time the top education firm) in a 'market leaders curse'. The proposed deal could face a serious hurdle at the anti-competition watchdog CCI, though.

Who quit and who joined

The consumer saw several important people movement during the year but some clearly stand out. Among the notable movement was the appointment of Suresh Narayanan as the first local chief of Nestle in India. Interestingly, this happened soon after the firm was hit by the Maggi ban.

Another key development was when ITC elevated two of its senior executives to larger roles. The group, which is the top consumer products firm in the country and the third-most valued overall, has announced that Sanjiv Puri will be director of the FMCG business and B Sumant will take over responsibilities as president - FMCG from April 1, 2016. The top level changes at the group are being seen to pave the way for a successor of long-serving chairman YC Deveshwar, 68, one of the most high-profile CEOs of a non-promoter company. Deveshwar is scheduled to hang up his boots in 2017.

In a more recent high profile move, Tata Starbucks, the JV which runs Starbucks chain in the country, named Sumi Ghosh, who has been with the US chain for last eight years, as chief executive who will take over from Avani Davda who has quit.

Piramal to get funding from StanChart, Barclays Bank for DHFL buyout
Consumer

For homegrown D2C brands, the funding frenzy has just started