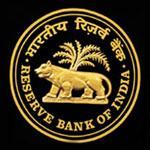 The Reserve Bank of India on Wednesday said it would hold off from implementing a notification issued last week that mandated a minimum wait of six months between two private placements from a non-bank financial firm (NBFC).

Instead the RBI said "a decision on the appropriate minimum time gap would be taken" by the central bank "in due course."

The RBI rules last week had created confusion among bankers and issuers. The NBFC sector tends to have less regulatory oversight than banks and relies heavily on capital markets to fund its business.

The central bank also said its prior notification would not be applicable for primary dealer issuers, meaning they would be exempt from the RBI's notification on private placements for NBFCs.

The RBI also clarified that under its notification last week private placements would be defined as "non-public" issuances of non-convertible debt by NBFCs.

Last week bankers had cited confusion about whether the private placements mentioned by RBI were meant for convertible or non-convertible debt.