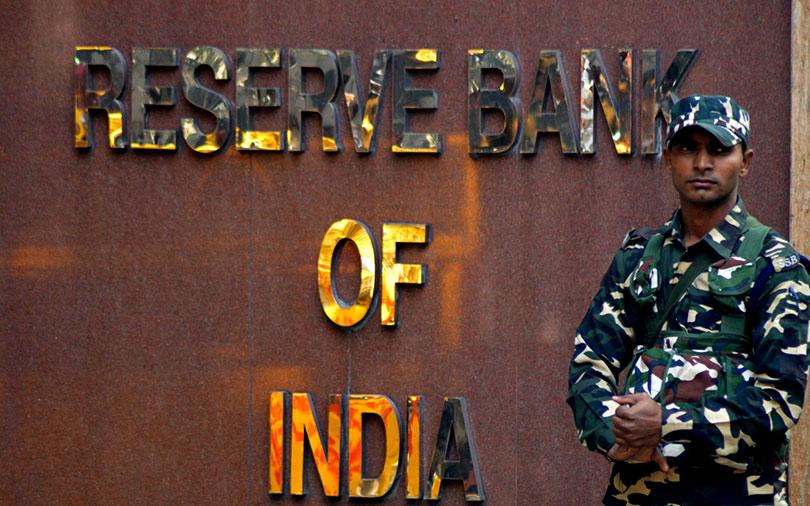 The Reserve Bank of India kept its policy rate unchanged on Wednesday, as widely expected, after inflation accelerated to a seven-month high and stronger economic growth reduced the need for monetary stimulus.

All but two of 54 analysts in a Reuters poll had predicted the repo rate would be left for a second straight meeting at 6.00 percent, its lowest since November 2010.

Wednesday’s decisions were widely predicted after the annual rate of consumer inflation increased in October to 3.58 percent, driven by higher food and crude oil prices. That’s still low by Indian standards, but not far from the central bank’s 4 percent target.

Nonetheless, some analysts still see scope for a rate cut should inflation accelerate less than expected. That is because the economy, though recovering from July’s bumpy launch of a national sales tax, is not yet growing fast enough to create the jobs needed for India’s young workforce.

The RBI on Wednesday left its policy stance “neutral”, which might leave the door open for a rate move at its next meeting in February. The central bank said it would track economic growth and inflation data, adding that risks to both “evenly balanced”.

Five members of the Monetary Policy Committee (MPC) voted to keep rates unchanged, with one voting for a 25 bps cut.

“Keeping in mind the output gap dynamics, the MPC decided to continue with the neutral stance and watch the incoming data carefully,” the RBI said in a statement.

India’s benchmark 10-year bond yield fell 2 basis points to 7.05 percent from around 7.07 percent before the policy decision. But the rupee weakened to 64.52 per dollar from around 64.47, while the broader NSE share index was down 0.8 percent for the day.

The RBI has turned more strident on inflation since cutting the repo rate by 25 basis points in August, its only policy easing this year. Inflation has accelerated after falling to 1.46 percent in June, the lowest in at least five years.

On Wednesday, the RBI slightly raised its inflation projection to between 4.3 percent and 4.7 percent in the six months ending in March 2018.

The central bank retained its projection for gross value added growth, a measure of economic expansion it prefers, at 6.7 percent, the same as its forecast in October.

Govind Sankaranarayanan, chief operating officer of retail business and housing finance, Tata Capital, said: "Global cues by central banks - which have been tightening their monetary stance coupled with more domestic issues related to commodity prices, market liquidity, hardening bond yields and more importantly rising inflation – which could rise to 4.5% from 3.58% in October 2017 have influenced the RBI's recent decision to adopt a wait-and-watch stance.

From an NBFC standpoint, we do not expect it to have a significant effect."

Shilan Shah, India economist at Capital Economics, said: "With core price pressures building, we think the debate may shift towards the need for tighter policy later in 2018."

"With growth strengthening and core price pressures building, the RBI is likely to continue ignoring the recent pleas from prominent members of government for further rate cuts. In fact, we think that policy tightening could come onto the agenda in the second half of 2018."

Sunil Sinha, director and principal economist, India Ratings, said: "A rate cut in February is unlikely given that the upside inflation risks that the central bank was expecting are still panning out. Given where the vegetable prices and oil prices have stood at recently, CPI and WPI data is expected to come in higher than October numbers."

"The tone of the policy statement in my view is cautious. While it highlights positives on the growth front, issues on global development and outlook on inflation put the RBI in a difficult situation."

Sudhakar Pattabiraman, head of research operations at Marketsmith, part of William O'neil, Bangalore, said: "All indicators such as inflation, oil and commodity prices, and global cues have been in one direction since the last policy meet. They don't seem to favour a rate cut going forward."

"I don't see a reason why RBI would cut rates in the next meeting in February unless something substantial changes."

"It's too early to predict beyond the February policy meet, we'll have to see how things shape up."

Suvodeep Rakshit, senior economist, Kotak Institutional Equities, said: "It is unlikely that the RBI will move in the February policy too, given the inflation trajectory which is likely to peak in June 2018. Further, global policy rate cycle and commodity prices along with consolidated fiscal position will keep the RBI cautious. However, incoming data versus the RBI's projections will remain key."

"The tone of the policy does not indicate much room for any rate cuts. We maintain our call that the RBI will be on a pause in the near term. Chances of any rate hikes will be contingent on durability of inflation remaining above the RBI's comfort zone."