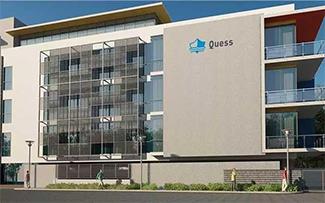 The company finalised the anchor allotment at the upper end of the Rs 310-317 price band that it has fixed for its initial public offering. The IPO opens on Wednesday.

The IPO comprises a fresh issue of shares to raise Rs 400 crore to fund its expansion plans and repay debt (Rs 50 crore). It would also use the proceeds to fund capital expenditure requirements of the holding company as well as its subsidiary MFXchange US (Rs 70.68 crore), incremental working capital requirement (Rs 157.9 crore), acquisitions and other strategic initiatives (Rs 80 crore).

The IPO is being managed by Axis Capital, ICICI Securities, IIFL Holdings and YES Securities.

Quess Corp, which was set up in 2007, had filed its draft red herring prospectus for the IPO with capital markets regulator Securities and Exchange Board of India in February. It received SEBI approval last month. It is eyeing a valuation of as much as Rs 4,000 crore (about $590 million).

IKYA was founded by serial entrepreneur Ajit Isaac, who sold PeopleOne Consulting to Swiss staffing giant Adecco in 2004. It was acquired by travel and tour company Thomas Cook in early 2013 for Rs 256 crore. The deal marked an exit for India Equity Partners, which invested in IKYA back in 2008. It was rebranded as Quess earlier last year.

Originally, it was essentially a staffing services firm. But with a string of acquisitions, especially after it came under Thomas Cook, it expanded aggressively and now provides solutions including recruitment, temporary staffing, IT products and solutions, skill development, payroll, compliance management, integrated facility management and industrial asset management services.

A majority of its business (55%) comes from its people and services unit, followed by global technology solutions (28%), facility management (12%) and industrial asset management (5%).