Despite widespread perception that lack of policy actions is leading to India’s sharp economic descend, the country’s performance continues to be broadly in line with its peers. Rather than being the cause of all that ails India, ‘policy paralysis’ seems to reflect the shortcomings of the extant political system, public policy making processes and corporate practices.

The Indian economy is currently going through a rough phase. The real growth, at 6.5 per cent, has slumped close to the decadal low. Inflation, which averaged over 9 per cent over the past 30-months, is the worst in nearly two decades. During the last fiscal, India’s foreign trade and external current account deficits were 56 per cent and 70 per cent higher than their respective previous all-time highs. Public finance in India is at disarray. In the past eight years, government borrowing has jumped 600 per cent. Meanwhile, India’s sovereign credit rating outlook has been downgraded.

Currently, there is a broad-based despondency that the situation in India is going to get worse and it would perhaps be quite some time before things start improving. The near consensus view is that India’s fall from being the shining example of high growth to the current comatose state is largely due to public policy inaction, or in popular terms ‘policy paralysis’.

I certainly do not want to argue either that there has not been serious slowdown in public policy actions in India or a slowdown in policy action does not impact macroeconomic performance. Yet, I want to highlight four issues on the so called policy paralysis, which run contrary to the prevailing consensus.

First, according to popular perception, since the initiation of economic reforms, especially during the last decade, India has been the second fastest growing economy of the world, next only to China. This, however, is a gross exaggeration. According to the World Bank data, since 1992, when India initiated market-oriented reforms, only in 4 out of 20 years the country has been the second fastest growing among the 50 largest economies in the world – twice in the 1990s (1998 and 1999) and twice in the last decade (2007 and 2009). During the same period, China has been the fastest growing country in 14 years (see graph below). Equally interesting is the fact that during the heyday of economic reforms, 2003-07, India’s median rank was four, while it has been three in the past three years (see table below). Therefore, acceleration of India’s real growth to 9.2 per cent during 2003-07 as well as deceleration to 8.2 per cent during 2009-11 needs to be seen from a cross-country perspective. It seems that buoyancy of the global economy during 2003-07 and downturn during 2009-11 played major roles in dictating India’s growth trajectory. A solely policy activism/paralysis-centric analysis misses this essential point.

Second, the proponents of policy paralysis in India largely cite examples of the government’s inability to push reforms in the area such as foreign direct investment on multi-brand retail, aviation and insurance or pension reform. These certainly are important reform issues. The real issue, however, is whether all that ails the Indian economy would mark a course-correction if government carries forward these reforms? I do not think so. In the mid-1990s, when India’s median growth started decelerating from 7.6 per cent during 1994-96 to around 4.0 per cent, there were lots of clamour from the Indian intelligentsia and industry that the lack of capital account convertibility, labour reforms and absence of exit policy were holding back India’s growth. Not much has changed on these issues since then. Yet, India was able to clock 9.3 per cent growth during 2003-07.

Third, the perception of policy paralysis is palpable. In some sense, the inability of the central government to push a hike in retail prices of diesel since July 2011, despite large under-recovery by the oil marketing companies and build-up of oil subsidy requirements epitomises the problem. Yet, policy paralysis seems to be the symptom rather than the disease itself. Continued fractured mandates at the Centre for the past 20 years, the consequent need for coalition government, and the lack of consensus among major political parties (including among coalition partners on major issues, shifting stance of individual parties on same/related issues and one-upmanship among political parties in rolling out populist policies) are some of the factors which are deterring the government from adopting politically difficult reform measures. The policy paralysis, therefore, seems to reflect the shortcomings of India’s current multi-party parliamentary system and not the other way around.

Four, the term policy paralysis gives the impression that the blame of the current impasse sits squarely with the public authorities and the public, in general, and private entrepreneurs, in particular, are bearing the brunt of it. This is far from the reality. In the post-reform period, India has ostensively moved away from the ‘License-Permit Raj’. The recent high profile graft charges, however, allege that in exchange of illegal gratifications of mammoth proportions, even the highest rungs of public policy authorities including ministers and bureaucrats are obliging private entrepreneurs not only in faster clearance of their applications but also to circumvent extant rules and laws in accessing scarce national resources. The prosecution and incarceration of numerous prominent personalities (including ministers, legislative members, bureaucrats and corporate bigwigs) in such graft-related issues, and the public backlash against corruption cases seem to have set in motion disinclination of public authorities from taking any decision that can even remotely raise allegations of corruptions. The resultant situation is being called policy paralysis, while it, in equal measures, reflects the festering state of public policy as well as corporate practices. 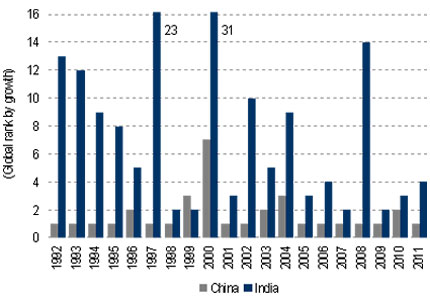 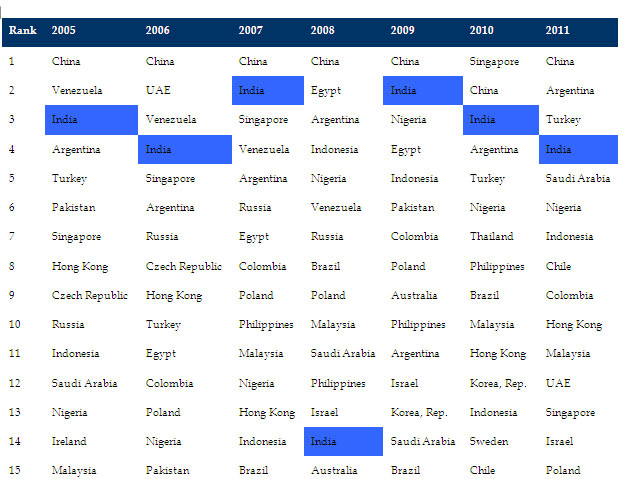 (Sujan Hajra is Co-Head, Research, and Chief Economist, Institutional Equity, AnandRathi Financial Services. He can be reached at sujanhajra@rathi.com.)