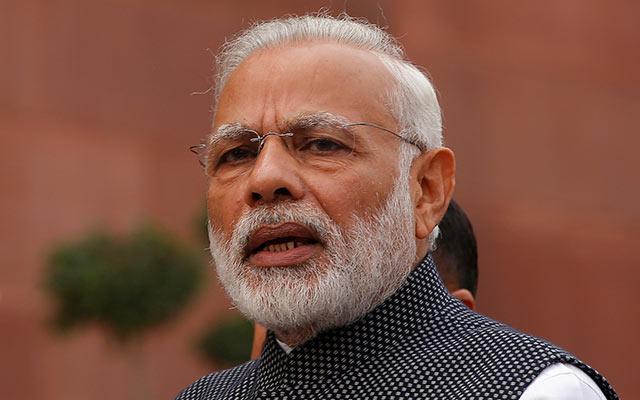 Prime Minister Narendra Modi has won the online reader's poll for TIME Person of the Year 2016, beating out other world leaders like US President-elect Donald Trump, incumbent US leader Barack Obama and Russian President Vladimir Putin.

Modi won with 18 per cent of the vote when the poll closed last night, getting significantly more votes than his closest contenders, including Obama, Trump and Wikileaks Founder Julian Assange, who all received 7 per cent of the 'yes' vote.

Modi was also placed far ahead of other prominent figures of this year, like Facebook founder Mark Zuckerberg (2 per cent) and US Presidential nominee Hillary Clinton (4 per cent), Time said.

Time's editors will decide the final Person of the Year later this week, but the online poll results provide a look at how the world sees these figures and Modi emerged as the most influential figure in 2016, according to the online poll.

Time said the reader poll is an "important window" into who they think most shaped 2016.

It is for the second time that Modi has won the online readers' poll for Time Person of the Year title, securing the honour in 2014, when he had got more than 16 per cent of the almost five million votes cast.

For the fourth year in a row, Modi is among the contenders for Time's 'Person of the Year' honour, which the US publication bestows every year to the one "who has most influenced the news and our world in the past year, for good or ill".

Time said in recent months, Modi saw high approval ratings from Indians, according to a September Pew poll. It added that Modi has come under scrutiny recently for getting rid of 500- and 1,000-rupee notes, impacting cash-based businesses and threatening India's economy.

Current poll results, analysed by poll host Apester, found that preferences differed across the world and the United States. Modi performed particularly well among Indian voters as well as those in California and New Jersey.

Modi had been in the lead in this year s online poll and according to the initial votes cast, he had got 21 per cent voting in his favour.

For a while Assange had overtaken Trump for the lead in the online poll, getting 10 per cent of all the "yes" votes cast by participants, Time had said.

Time had also analysed the moments from 2016 when this year's poll contenders were most talked about. For Modi it was October 16 when the Indian leader had suggested during a summit of BRICS nations in Goa that Pakistan is the "mothership" for terrorism.