India's passive index-tracking equity funds are set to beat their active stock-picking counterparts in returns for a second successive year as fund managers grapple with volatility and the challenges of outperforming benchmark indexes. 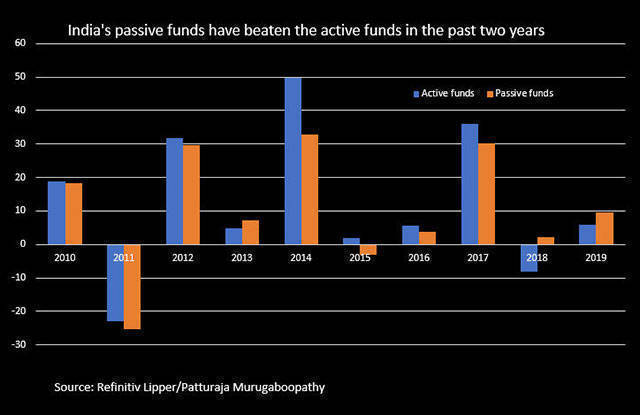 Active funds have historically outperformed passive funds in India when share price moves were more broad-based and market inefficiencies helped stock pickers as they hunted for shares whose prices were not truly reflective of their worth.

But India's stock market rally has been much narrower in the past two years, with investors preferring some well-established heavyweights over smaller ones owing to broader uncertainties around a slowing domestic economy and the U.S.-China trade war.

"Finding mispricings has become harder than it was 5-10 years ago," he said.

"A sharp correction in mid and small caps, coupled with mega caps becoming larger, has led to underperformance of most active fund managers."

Also, the Securities and Exchange Board of India's (SEBI) rules on holdings of large-cap and mid-cap firms have affected the performance of active funds, analysts said.

Prior to that, active fund managers had the flexibility to allocate larger amounts to other categories to boost their funds' performance. 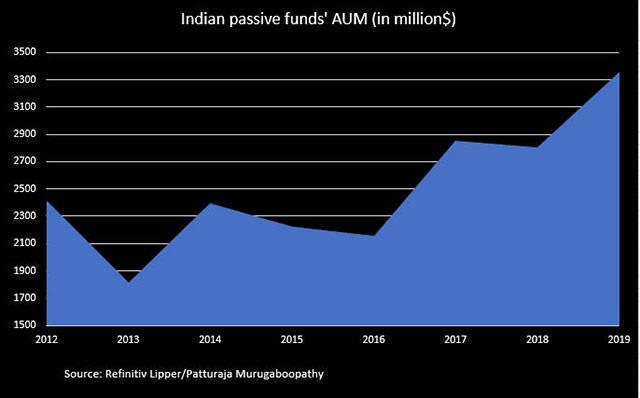 "We don't have a lot of long-term money flowing into index, the way it does in America or other developed markets," said Dhirendra Kumar, founder and chief executive officer of Value Research.

"Indian investors have become curious and they are beginning to invest (in passive funds). But I don't think it is very big time."