Foreign inflows into Asian equities fell sharply in January as worries over the coronavirus outbreak in China hit risk sentiment.

Analysts expect flows to slow in the region, especially in economies which are dependent on China through trade and tourism channels.

Demand shock due to the virus outbreak is expected to shave around 0.4-0.8 percentage point from GDP growth in Thailand, Taiwan, South Korea and Malaysia, ANZ Banking Group said in a report last week.

The data showed equity markets in Taiwan, Thailand, South Korea and the Philippines had all faced sharp outflows in the last month. 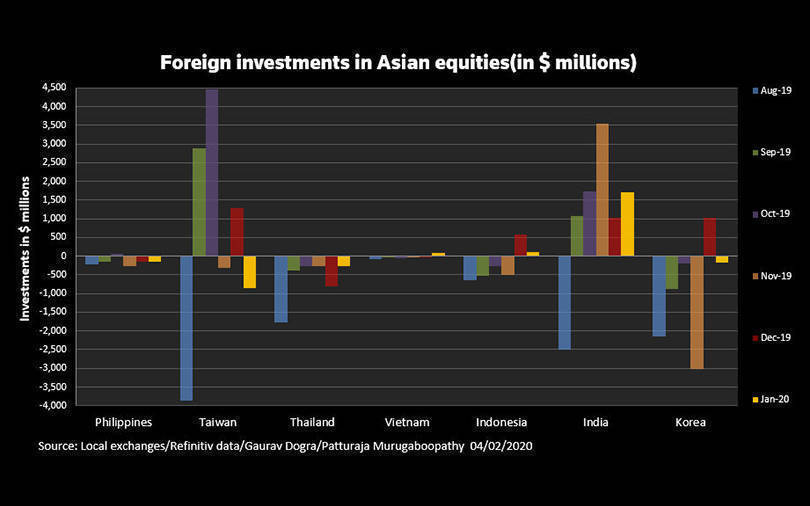 On the other hand, foreigners purchased $1.71 billion worth of Indian equities on the back of solid corporate results in the December quarter.

Refinitiv data showed Indian companies have so far reported a 31% rise in net profits compared to last year, the highest in the region.

"India's growth is unlikely to be affected by the coronavirus outbreak, while Indonesia and the Philippines are likely to experience only slightly negative effects", said a separate ANZ report.

Indonesia and Vietnam received inflows worth $98 million and $85 million respectively, in the last month.