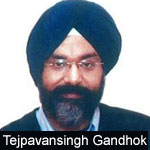 Om Pizzas and Eats, master franchisee for Papa Johns Pizza in India as well as Tex-Mex restaurant chain Chillis, has appointed Tejpavansingh Gandhok (Pavan) as its new chief executive and has also roped in V Kannan from FMCG major Hindustan Unilever at a leadership role.

The appointment follows fresh investments made by private equity firm TVS Shriram Growth Fund 1A in Om Pizza, as per a company statement. The firm did not give a quantum of fresh funding or when exactly it was raised. TVS Capital had originally invested in December 2010.

Gandhok joins the firm from Litebite Foods, where he was the co-founder and CEO. He has over one-and-half decades of experience across Australia, US, South East & Middle East Asia with strategy consulting & private equity firms such as Halycon, AT Kearney, Stern Stewart & Co. and the Boston Consulting Group.

He joins just nine months after the firm announced its new chief executive. Last October, Om Pizza appointed Sanjay Coutinho as the CEO. Coutinho, who came with over 20 years of experience in the Indian food and retail sector, has previously worked with Domino’s Pizza in its initial days and also with Baskin Robins. Most recently he was the CEO of Barista Coffee.

An Om Pizza spokesperson did not immediately confirm to VCCircle if Coutinho has left the firm or moved to a different role. 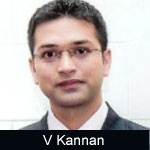 In another key hire, Om Pizza has roped in Hindustan Unilever veteran V Kannan as GM (Commercial and Operations). During his tenure at Hindustan Unilever, he worked as global IT programme director, global project manager and senior IT business partner, supply chain. Prior to joining HUL, he has worked with Asian Paints India Ltd.

Kannan is an IIM Lucknow graduate.

“We are very bullish on the growth prospects of both the Chili’s and Papa John’s brands. They are great brands with offerings that appeal to Indian consumers aspirations and tastes. We have aggressive strategic growth plans for both these brands over the next few years. We are delighted to have a leadership team of Pavan and Kannan’s capability with an outstanding track-record to lead this venture into the next level of exciting growth, from the strong platform that has already been established,” said Gopal Srinivasan, CMD of TVS Capital.

“With the current strengthening of the management team along with the continued support from our fund advisors Hemu Ramaiah and Jai Subramaniam, we have a great team with high execution track record to take Om Pizza through the aggressive growth phase,” added D Sundaram, VC & MD of TVS Capital, on the new appointments.