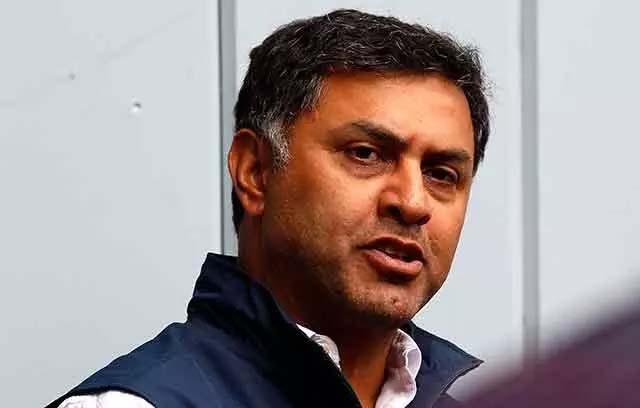 SoftBank Group Corp said on Tuesday president and chief operating officer Nikesh Arora has decided to resign from the company, in a sudden end to the India-born executiveâ€™s tenure at the Japanese telecom and Internet conglomerate.

The development comes a day after SoftBank gave Arora, who was tipped to be the successor to chairman and CEO Masayoshi Son, a clean chit on allegations raised by unknown investors represented by a New York law firm after a panel of its independent directors reviewed those complaints.

SoftBank and Arora said the decision stems from Sonâ€™s desire to stay at the helm of the company he founded for the next few years. â€œSonâ€™s intention was to keep leading the Group in various aspects for the time being, while Arora wished to start taking over the lead in a few yearsâ€™ time. The difference of expected timelines between the two leads to Aroraâ€™s resignationâ€¦,â€ SoftBank said.

Arora said on Twitter that Son wanted to continue as the CEO for five to 10 years and that he himself didnâ€™t want to wait that long.

Son reiterated this point in another statement. â€œâ€¦I had hoped to hand over the reins of SoftBank to him on my 60th birthday - but I feel my work is not done. I want to cement SoftBank 2.0, develop Sprint to its true potential and work on a few more crazy ideas. This will require me to be CEO for at least another five to ten years - this is not a time frame for me to keep Nikesh waiting for the top job,â€ said Son, who will turn 59 in August.

SoftBank said Arora will cease to be a director on Wednesday at the conclusion of the companyâ€™s 36th annual general meeting of shareholders. The company will withdraw a part of the agenda for the meeting that included Aroraâ€™s re-election to the board. Arora will move to an advisory role at SoftBank.

Arora, a former chief business officer at Google Inc., joined SoftBank in September 2014 as vice chairman of the group and CEO of its subsidiary SoftBank Internet & Media Inc. He was namedÂ president and COO a year ago. Son subsequently named him his likely successor.

Arora led SoftBankâ€™s venture investments in India, the US and other countries as the Japanese group backed more and more startups in search for the next Alibaba Group Holding Ltd, the Chinese e-commerce giant in which it is the largest shareholder. He also led SoftBankâ€™s recent multi-billion dollar stake sales in Alibaba and Finnish game developer Supercell.

Arora was one of the highest paid corporate executives in the world when he joined SoftBank on a pay package of $135 million. He also made a personal bet on SoftBank in August last year when he decided to invest JPY 60 billion ($482 million then) to buy shares of the company.

Responding to a query on Twitter whether he had any plans to sell his shares, Arora said: â€œDone.â€ Replying to another tweet, he said he made a small loss on the share sale.

SoftBankâ€™s shares have declined by a fifth since Arora announced the investment in the firm last August.

Arora was recently under fire from a group of unknown shareholders, represented by US law firm Boies Schiller & Flexner LLP, who made allegations of questionable transactions, conflict of interest and poor business decisions on his part. The letterhis decisions to invest in Snapdeal and Housing.com.

It alleged that he held a personal stake in Snapdeal as he spearheaded SoftBankâ€™s investment in the company. It questioned the appointment of Baer Capital co-founder Alok Sama as a senior executive at SoftBank. The group of investors also raised concerns about Arora holding a senior role in private equity firm Silver Lake Partners which, they alleged, competed with his position in SoftBank.

SoftBank and its chairman Son had dismissed these charges at the time and again cleared Arora of any wrongdoing on Monday.