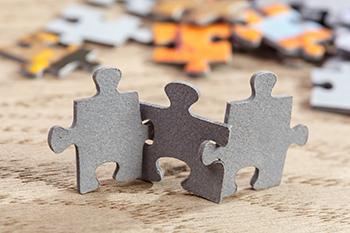 Motherson Sumi said in a statement on Friday it will make a public offer to acquire all the shares and option rights in PKC, listed on the Nasdaq Helsinki stock exchange.

The two companies have also signed a combination agreement for the proposed transaction, the statement said. The transaction is likely to be completed by the end of March, it added.

Motherson Sumi said the proposed acquisition will help it expand its presence in the niche market of global wiring harness business for commercial vehicles. The deal is likely to be "highly value accretive as there is minimal overlap" between the companies' operations in terms  of geographical presence and synergy in product  segments, it said.

The Indian company also said it will make the public offer through a wholly owned unit at €23.55 a share. That's 51% higher than the €15.59 price at which shares of PKC Group closed on Thursday.

Shares of Mumbai-listed Motherson Sumi were 3% higher in morning trade at Rs 335.75 apiece, giving the company a market value of Rs 47,120 crore.

PKC, which set up its first wiring harness factory in 1969, now has production facilities in 11 countries with over 22,000 employees. It recorded €846 million in revenue for 2016.

The transaction is subject to the completion of closing conditions and regulatory approvals.

Motherson Sumi is the flagship company of the Samvardhana Motherson Group. Japan’s Sumitomo Wiring Systems holds a minority stake in the company. It has 46 factories and has operations in 13 countries.

The company said the acquisition of PKC fits into its five-year Vision 2020 strategy to achieve $18 billion in revenue by 2019-20.

The company has grown rapidly thanks partly to the 14 acquisitions it had made since 2002.

Its most recent acquisition was in September last year, when it agreed to acquire the automotive business unit of Hungary’s Abraham and Co. Ltd for about $11.7 million.

In 2014, it agreed to acquire US-based Stoneridge Inc’s wiring harness business for $65.7 million. Its other noticeable purchases include the acquisition of the mirror business of Visiocorp in 2009 and Peguform in 2011.