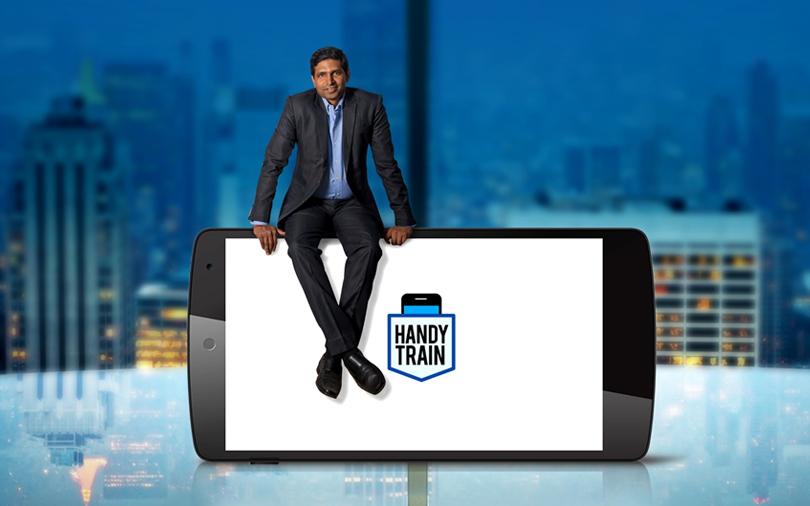 A mobile software-as-a-service (SaaS) platform, HandyTrain lets companies create and deploy training programmes. It claims to have crossed a lifetime number of 35,000 paying users in India, with clients such as Renault, TVS Electronics, Logicash, Spree Hotels and Mahindra Insurance Brokers.

"We are growing our user base roughly 50% quarter-on-quarter since the beginning of this calendar year," Devadas Krishnan, co-founder and chief operating officer of HandyTrain, said.

Krishnan founded the company along with Utkarsh Apoorva and Ralph da Silva in 2015. An IIM Ahmedabad alumnus, Krishnan was previously president and COO at online grocer PepperTap. He has also worked with Microland, Vodafone, G4S and ArcelorMittal in the past.

"About 99% of users who sign up come on board, and over 95% complete the entire course on HandyTrain. This translates into a significantly higher propensity for the client to renew their SaaS contracts," Silva said.

"We see a recurring need for HandyTrain in the Middle East, given the transient worker population and the diverse catchment area that the labour and employee workforce comes from. We’ve are working together on a road map for expansion of HandyTrain through our three-decade-old business network in the GCC region," Neelesh Bhatnagar, managing director of NB Ventures, said.

HandyTrain was incubated at Goa-based Prototyze, which has nurtured a clutch of ventures that have collectively raised over $12 million. These include digital lending company Seynse, Internet of Things and SaaS transportation technology company TempoGO, and health and fitness startup MobieFit.

NB Ventures is a $50-million Dubai-based fund. Last week, it led a $1.35 million pre-Series A round in MobieFit.

In November, NB Ventures made an investment in TempoGO and, in April it invested in home tutor provider Qriyo. Its other India investments include logistics startup LetsTransport and fitness app HealthifyMe.