With May at helm, 3 of top 10 global economies have women heads of state
Advertisement

With May at helm, 3 of top 10 global economies have women heads of state

Even as former secretary of state Hillary Clinton is battling it out against Republican Party candidate Donald Trump for the top job in the US, Conservative Party leader Theresa May was sworn in as the second woman prime minister of the United Kingdom (UK) after Margaret Thatcher who occupied 10 Downing Street nearly four decades ago.

If Clinton is indeed elected US President in November this year, it will perhaps be the first time in modern history that four of the top 10 economies in the world -- the US, Germany, the UK and Brazil- will be led by women heads of government.

Representation of women in politics continues to be small across the world and the number of those that go on to become the heads of state or government is even smaller. For instance, of the 195 countries in the world, only a little over 10% have women leading them. Interestingly, a lot of smaller countries across Europe and Africa, such as Liberia, Namibia, Poland, Norway, Malta and Croatia, have women as the heads of state and government.

While the number of women leading nations remains woefully small, those that have been at the helm in the past have proved that they are as capable administrators as their male counter-parts.

Here is a quick look at some of them.

May was sworn in as the prime minister of the country on July 13 after a bitterly fought contest following David Cameron’s resignation in the wake of Brexit last month. May, who campaigned for the UK to remain in the EU, has been a hawk on the issue of immigration, blaming it for rising unemployment in the country.

The German politician is the first woman Chancellor of her country and has occupied the position since 2005. Her “open-door” refugee policy, amidst the continuous refugee crisis in Europe, has drawn much criticism, possibly even diminishing her popularity ahead of elections next year.

The current prime minister of the country is the daughter of Bangladesh’s founding leader and president Sheikh Mujibur Rahman and the leader of the Bangladesh Awami League. Her political career spans more than four decades.

The first woman to become the president of Taiwan, Tsai is also the first unmarried president of the country and has never held any executive position before.

The daughter of a Bulgarian immigrant, Rousseff is the first woman to become the president of Brazil. Her alleged involvement in the Petrobras scandal had millions of protesters taking to the streets last year. Following the corruption charges, Brazilians demanded her impeachment. 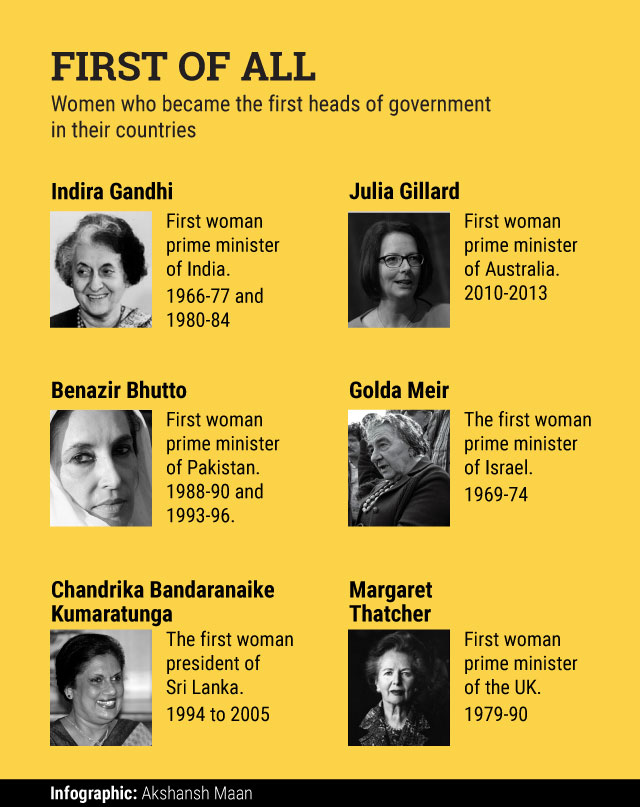