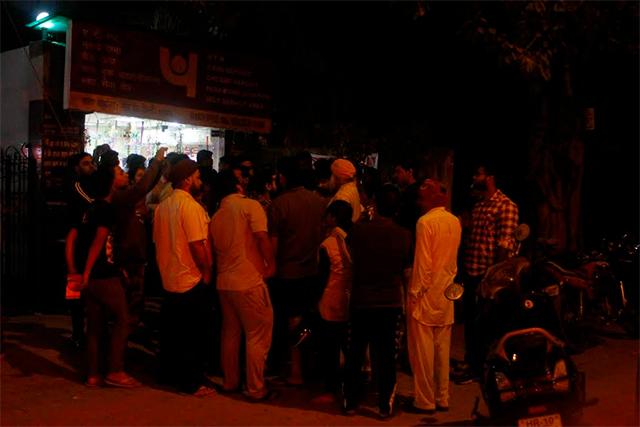 Prime Minister Narendra Modi's decision late last year to scrap high-value bank notes has put his finance minister in a bind ahead of the annual budget next month.

Arun Jaitley is under pressure to offer tax giveaways and step up capital and welfare spending to ease the pain from demonetisation, but the economic disruption caused by Modi's jolt has made forecasting next year's revenue outlook a stab in the dark.

While indirect tax receipts grew by an annual 14.2 percent in December, a slump in consumer spending along with a contraction in services and manufacturing suggest the outlook is anything but rosy.

Adding to his dilemma is a delay in launching a new national Goods and Services Tax that would replace a slew of indirect levies.

"It is an unprecedented budget," said a senior government official with direct knowledge of fiscal planning, likening it to navigating in uncharted waters.

Modi's decision in November to scrap 500- and 1,000-rupee notes - 86 percent of the cash in circulation - sought to crack down on tax dodgers and counterfeiters. Yet it has left companies, farmers and households in all sorts of bother.

The International Monetary Fund has trimmed its growth outlook for the fiscal year beginning in April to 7.2 percent from 7.6 percent previously, citing the blow to the cash-reliant economy.

Jaitley plans to deliver his budget on Feb. 1, just before voting begins in a round of regional elections, the biggest in the swing state of Uttar Pradesh. Their outcome will be key for Modi's chances of winning a second term in 2019.

The Supreme Court will on Monday hear a petition calling for the budget to be postponed until after the state polls.

Seeking to shore up support, Modi unveiled incentives to the poor, farmers, women and small businesses in an address to the nation on New Year's Eve.

Jaitley is expected to follow those with tweaks to personal income tax allowances and a cut of perhaps one percentage point in the 30 percent corporate tax rate, said Sandeep Chaufla, a partner at tax consultancy PricewaterhouseCoopers.

The temptation to please voters risks straining public finances and inviting the wrath of investors and ratings agencies who have praised Jaitley for his past fiscal prudence.

With that concern in mind, the government is debating the merits of expanding the size and scope of social security benefits, including the idea of a universal basic income or a targeted jobless allowance.

Funding such a scheme would make it harder for Jaitley to keep his promise to narrow the fiscal deficit to 3 percent of GDP in 2017/18 from the 3.5 percent budgeted this year.

Proceeds from a new income tax declaration scheme, estimated by officials at up to $22 billion, could help Jaitley meet some spending commitments.

Officials at the finance ministry say an expected recovery in consumer spending that accounts for 60 percent of India's $2 trillion economy, as well as better tax compliance, could avert any fiscal slippage.

But much depends on the pace of restoring liquidity to an economy where nearly 90 percent of transactions used to be in cash.

"Any new big-ticket spending is possible only once there is clarity on the revenue front," the government official said.