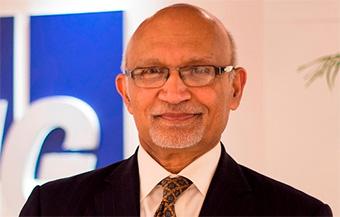 Professional services firm KPMG has named Arun M Kumar as the chairman and CEO of the firm’s India operations for a five-year term beginning 5 February.

Kumar succeeds Richard Rekhy, who led the firm as CEO for over four years and stepped down in November last year.

Kumar was elected by the KPMG India board and ratified by the India partners, the firm said in a statement.

John Veihmeyer, chairman, KPMG International, said Kumar is a “trusted leader, who is recognised for his integrity, strategic vision and enduring relationships”.

“Our global clients recognise the increasing significance of India as the fastest growing major economy in the world,” he added.

Kumar was most recently an assistant secretary of commerce for global markets and director general of the US and foreign commercial service in the Obama Administration. In that role, he led a global organisation of senior professionals in 78 countries and all the 50 states in the US.

KPMG said its India operations have seen a “brisk growth” in revenue and its workforce has doubled over the last four years. The firm has introduced many new offerings and inducted over 70 partners laterally to broaden its skill base and strengthen its delivery capabilities, it added.