Global private equity giant Kohlberg Kravis Roberts & Co (KKR) has finally set up its India shop. It has hired Citigroup veteran Sanjay Nayar to be chief executive of KKR India, said the New York based firm in a statement.

VCCircle was the first to report as long as a year ago that Sanjay Nayar was going to be India head for the legendary buyout giant. KKR will set up its office in Mumbai and is also planning to hire more people.

Sanjay Nayar is presently the CEO for Citigroup-India, and the area head for Citigroup operations in India, Sri Lanka, Bangladesh and Nepal. He has done his MBA from IIM, Ahmeadabad and engineering from Delhi University. Nayar has been with Citibank since 1985. 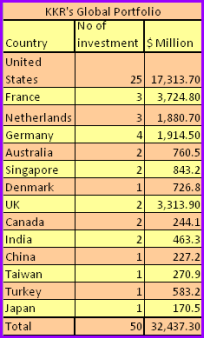 KKR has assets under management around $58 billion and has so far done two deals in India. It did its first deal in 2006 by buying out Flextronics Software, which was renamed as Aricent Technologies, for $900 million in the largest leveraged buyout in India. Earlier this year, it also made a strategic investment of $250 million in Bharti Infratel Ltd, the tower arm of India's largest private sector telco Bharti Televentures.

In a filing earlier this year it said that its eyeing infrastructure investments in India.

KKR was also planning to list on New York Stock Exchange this year, but delayed the plan due to collapse in global markets.