The proposed equalisation levy, or the “Google tax” as it is commonly known as, will hit more than just the big global players such as Facebook, Twitter, Amazon and Google parent Alphabet itself. While the primary objective of the levy of 6 per cent, first announced in the Budget for 2016-17, is to nudge global internet companies to set up a permanent establishment in India, it may have repercussions for tech startups at large.

A closer look at the recommendations of the committee set up by the finance ministry to examine the taxation of e-commerce reveals that the proposed levy will eventually hurt a host of smaller companies that not only use but also provide digital services.

"The Google tax will certainly affect startups using Google, Facebook and Twitter platforms to market their products. These companies will never let the equalisation levy hit their top line, and ultimately will pass on these taxes to startups," said Rajendra Bansal, CTO at sports-tech startup goSporto.

Several players have echoed the concern raised by goSporto even though they appreciate the government’s intention behind slapping the levy. Bhavin Turakhia, a serial entrepreneur and the founder of Directi Group, said: “This (levy) will make it expensive for Indian companies to buy digital advertising and make them less competitive in comparison to their global rivals." Directi runs tech platforms such as Media.net, Ringo, Flock, Radix, Skenzo and CodeChef. 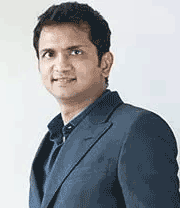 For the uninitiated, the finance ministry had set up an eight-member committee comprising government officials, legal experts and industry representatives to examine the scope of taxation on commercial transactions by digital companies. Based on the committee’s recommendations, finance minister Arun Jaitley announced an equalisation levy of 6 per cent on payments made to a non-resident entity for digital advertising.

On March 21, it came to light that the committee had suggested the ambit of equalisation levy be extended beyond online advertising to services such as designing, creating, hosting or maintenance of websites, email, online computing, digital content/data and other functions related to uploading, storing or distribution of digital content. The committee proposed bringing services such as downloading of songs, movies, books, online consumption of news, software downloads, among others, under the scope of the proposed levy.

This, essentially, means the levy will hit companies such as Saavn and Guvera, which run music apps, and ad-tech company InMobi as well as new entrants into the digital content broadcast space such as Netflix if they route their billings directly or indirectly through their overseas parent. Indeed, many Indian tech startups maintain overseas incorporated parents for taxation purposes. The levy, if extended beyond online advertising, will bite them.

The companies named above didn’t respond to VCCircle’s request for comment.

The committee, however, has recommended that the levy should be only for transactions above the Rs 1 lakh threshold. This will imply that the levy will not be applicable for small-ticket B2C transactions and will be limited to enterprise-grade packages or products. The idea behind this proposal is to not burden retail consumers and startups in very early stage of their lives.

Those companies that do not want to absorb or pass on the additional burden to clients will be forced to revisit their pricing strategy. Also, some smaller players that are likely to remain unhurt from the proposals are still alarmed. 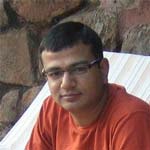 “Small players who are buying something for $15-20 are not going to get impacted because the government cannot bring these smaller companies under compliance,” said Nilesh Patel, CEO at Leadsquared, a marketing automation startup. But he said the proposal should be implemented in a manner that puts the onus of “compliance on big players and not smaller companies”.

Tax experts also say that the panel’s proposals need more clarity and that the levy’s implementation will be crucial.

“It is imperative that the government not only lays down clear guidelines for the transactions covered under the levy but also the manner of determination as to whether EQL (equalisation levy) or income tax will apply on a transaction,” says Rakesh Jariwala, tax partner, media and entertainment, EY (formerly Ernst & Young). “Else, the transaction could lead to double taxation – EQL as well as income tax.”