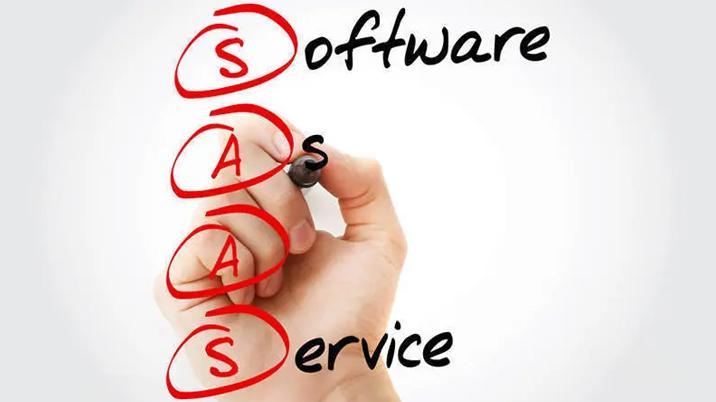 According to Bain & Company’s India SaaS Report 2022, homegrown SaaS firms commanded a $12-13 billion ARR as of October last year, and are expected to grow at an annualized rate of 20-25% through 2027. This translates into a 3x jump over the next five years, compared to 2022.

“Near-term turbulence aside, Indian SaaS remains in its early stages and has proven that it is building world-leading companies across categories,” the report said, envisaging that Indian SaaS firms would capture about 8% of the global SaaS market’s share.

US tech companies, including Meta, Amazon, Google, Microsoft, and the likes, which are considered tech bellwethers, are currently in the midst of an economic downturn that has led to mass layoffs in a high interest-rate regime in the US.

Currently, 14 out of the total 1,600 SaaS companies in India that have received funding in the last 5 years clock annual recurring revenues of over $100 million, up from about five in 2020.

According to Aditya Shukla, a partner in Bain & Company, this number is likely to touch 30-40 in the next three years.

The optimism in the sector is backed by three key reasons that offer an edge to Indian players—product leadership, attractive pricing, and sound service quality, the report noted. Shukla said that Indian firms also benefit as they have a ‘talent arbitrage’, or a large pool of India-based talent which offers back-end services, thus enabling firms to offer attractive pricing to their global customers.

The report notes that in terms of market size, even as Indian players operate globally, the top 20 firms draw about 60% of their revenues from US. Cumulatively, Indian firms serve only 20% of the close to $150 billion SaaS market in the US, thus, making for a large growth opportunity, the report showed.

Interestingly, the competitiveness of homegrown players offers investors an opportunity to back a wide array of firms with a clear path to exit, it noted. “Exits are already happening-around 40 in 2022. (however), a lot of them are them are strategic and secondary sales," Shukla said, adding that “Indian companies are also becoming more acquisitive. That is also giving more room to small companies and investors to exit."

Thus, more acquisitions, are likely to give way to consolidation emerging as a key them in the industry, the partner said.

"IPO (initial public offering)-wise, second half of 2023 or more in 2024 is when you will start seeing many of the top companies come back to the market," Shukla said. Several SaaS firms including Netcore Cloud, Snapdeal, withdrew their public listing plans in 2022.

Even as the funding momentum slowed down in 2022, investments in Indian SaaS touched $5.1, growing 20% over previous year, primarily driven by investments in the; first quarter. The softening market sentiment has impacted the SaaS sector too, with the investment falling by decline about 40% on a yearly basis. This drop is majorly across late-stage deals, with increased interest in early-stage companies.