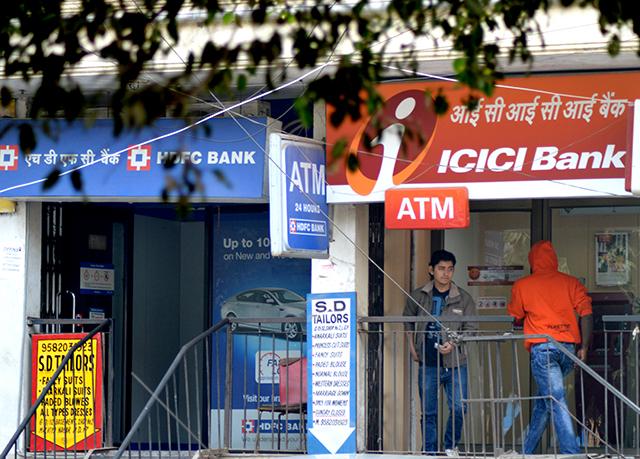 The Nikkei/IHS Markit Services Purchasing Managers' Index rose to 50.3 in February from 48.7 in January, marginally above the 50-mark that separates growth from contraction.

The index slumped to a near-three year low in November after Prime Minister Narendra Modi's surprise decision to outlaw old 500 and 1,000 rupee banknotes to crack down on "black money" and tax evasion.

The decision sucked 86 percent of cash out of circulation, and everyone from street hawkers to big consumer goods firms suffered a slump in sales.

A sister survey on Wednesday showed manufacturing activity also expanded further in February, though at a lackluster pace.

Service providers reported new business grew for the first time since October. Though the expansion was modest, they were able to raise their prices to partly offset rising costs.

The turnaround in business activity came as businesses recovered from the demonetization-related disruptions seen in the previous three months, wrote Pollyanna De Lima, economist at IHS Markit, in a note.

"Nevertheless, growth rates were mild at best and far from their historical averages."

Despite expectations that the cash crunch would exact a heavy toll on the economy, government data earlier this week showed India's economy still grew 7.0 percent in the December quarter from a year earlier, slowing from the previous quarter but not as sharply as some had expected.

That has raised questions about the quality of government data, and prompted economists to look to other measures to gauge the strength of activity.

"So far, firms are doubtful about the sustainability of the economic recovery," De Lima said. "It is still too early to state that expansion rates will climb to their trend levels in the near term."

Doubts over the strength of the economic recovery and rising prices are also likely to further reinforce the Reserve Bank of India's latest move to hold interest rates steady and change its policy stance to neutral from accommodative.